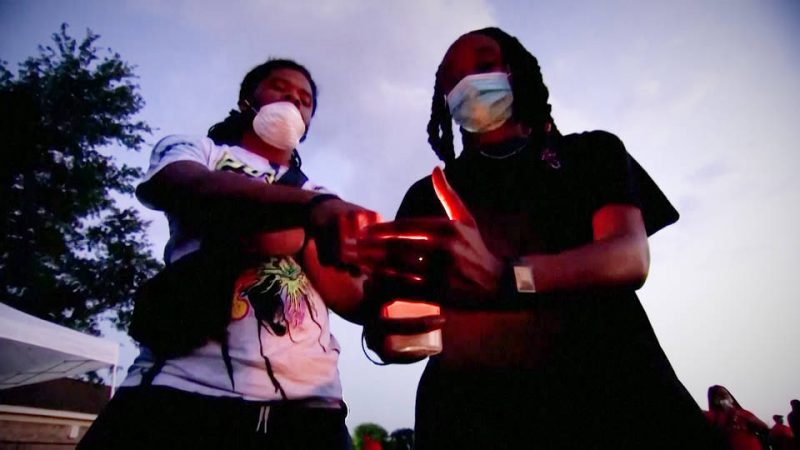 In Houston, Texas, thousands gathered Monday to pay their respects to George Floyd two weeks after he was killed by police in Minneapolis. His brother Terrence Floyd spoke to reporters in front of a memorial at the Fountain of Praise church, where a public viewing was held.

Terrence Floyd: “And I’ll tell you what: If he was told he would have to sacrifice his life to bring the world together, and knowing him, I know he would have did it. And, I mean, again, I love this love, and we’re all hurting as a family.”

Benjamin Crump: “Either America will destroy racism, or racism will destroy America. In the name of George Floyd.”

George Floyd’s funeral is today in Houston, his hometown. He will then be buried next to his mother.

One thought on “In Houston, George Floyd Is Remembered by His Family and Thousands”