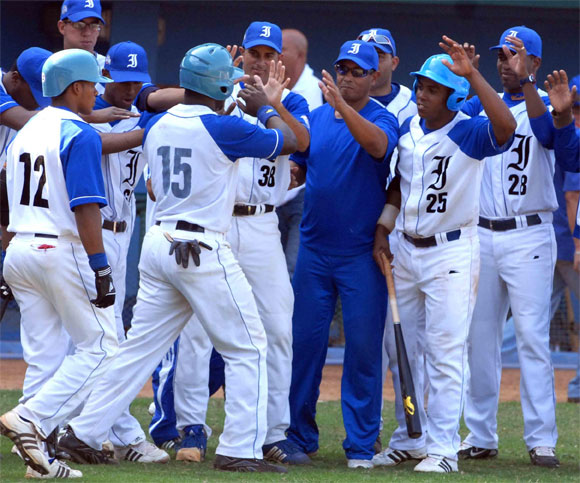 HAVANA TIMES, March 27 — Industriales pounded out 20 hits on Saturday to breeze to a 11-1 win over Villa Clara to even their best-of-seven Cuban championship baseball series at two games each.

Leading the barrage, which began with a 5-run first inning, were Yoandri Urgelles who went a perfect 3-for-3 and drove in 3 runs, Leugim Barroso 4-for-4 and scored 3, and Alexander Malleta and Stayler Hernandez both had two hits and two RBIs.

Arley Sanchez pitched six shutout innings to get the win.   The lone Villa Clara run came off reliever Alexander Carrera in the final inning of the game called after seven on the 10-run mercy rule.

Villa Clara managed only six hits, two from leadoff hitter Leonys Martin.   Starter Yasmany Hernandez was unable to get an out before leaving the game, and the same fate went for the  first reliever Yuliet Lopez.

Game five of the series takes place again at Havana’s Latinoamericano Stadium in the capital on Sunday.  Game six and Game seven, if necessary, will be in Santa Clara on Tuesday.