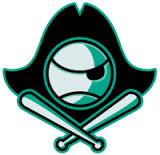 HAVANA TIMES — Luis Abel Castro hit a bases-loaded double with two out in the top of the ninth to give Isla de la Juvented the tying and winning run that ended the season for Industriales, leaving the Cuban capital out of this year’s playoffs.

Hector Mendoza came on to pitch the bottom of the ninth preserving the 6-5 win. The hard-throwing right-hander allowed a leadoff single by Alexander Malleta who was unable to advance. The final out came when Mendoza got pinch hitter Yulieski Gourriel to pop up to third.

Industriales had jumped off to a 4-0 lead but Isla managed to tie the score at 4-4, before falling behind 5-4 in the eighth and setting the stage for the nerve-bending ninth.

Tomorrow is the last day of the regular baseball season and Isla (48-38) has a one game lead in the battle for fourth place over Pinar del Rio (47-39), who defeated Artemisa on Wednesday afternoon.

Matanzas, Granma and Ciego de Avila had already clinched their tickets to the playoffs.