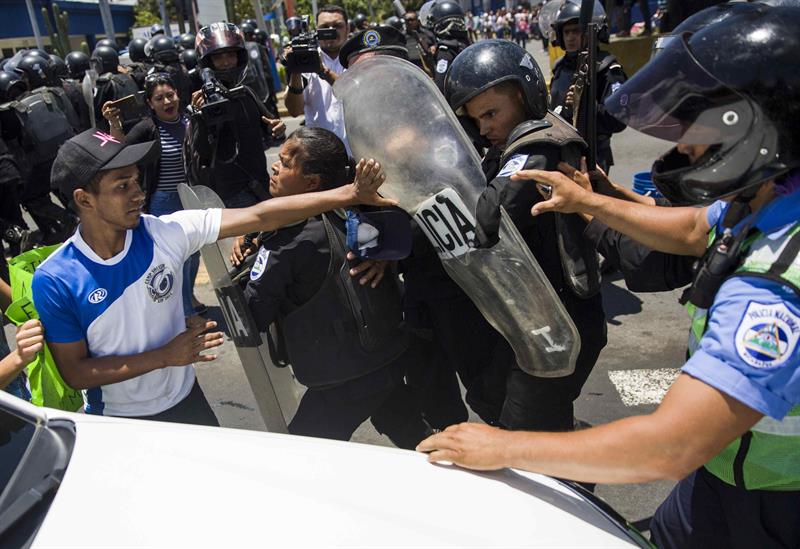 They demand an immediate end to the persecution of human rights organizations by the Ortega-Murillo regime.

HAVANA TIMES – Non-governmental human rights organizations from 134 countries that make up the International Federation for Human Rights (FIDH) condemned the brutal repression and violation of human rights towards the Nicaraguan people by the Ortega-Murillo regime.

Gathered during their 40th Congress in Taipei, Taiwan, they unanimously approved the resolution on Nicaragua which “demands the Nicaraguan State to immediately cease persecution of human rights organizations.”

They also call for the devolution of the Nicaraguan Center for Human Rights (Cenidh) legal status as well as those of another eight non-governmental organizations which were shut down  by the dictatorship.

The human rights organizations request the Office of the United Nations High Commissioner for Human Rights and the Inter American Commission on Human Rights (IACHR) to “maintain their  watch on the Ortega Murillo regime and monitor the persistent repression it has unleashed in Nicaragua.”

The resolution, presented by Cenidh and approved by the other organizations, calls on the international community to “maintain and increase the pressure upon the regime in Nicaragua and to take the necessary measures that would allow the serious and persistent violations of human rights to stop, and judge and punish those responsible.” Likewise, the groups call for “individual sanctions against the perpetrators in the same way some governments have been doing.”

The International Federation for Human Rights points out that since April 2018, when the protests against the dictatorship started, “the human rights crisis worsened which resulted in at least 322 assassinations left in impunity, more than 70 thousand in exile, hundreds wounded, political prisoners, tortures and abductions, as well as the persistent violation of public freedoms and the establishment of a State of terror characterized by the excessive use of police and paramilitary forces”.

“As part of their authoritarian policy, Nicaraguan President Daniel Ortega and his wife, Vice-President Rosario Murillo’s regime expelled the Inter American Commission on Human rights (IACHR) and the Office of United Nations High Commissioner for Human Rights (OHCHR) missions from the country, who were following up on the country’s severe social political and human rights crisis, as well as the Interdisciplinary Group of Independent Experts (GIEI), which confirmed and held the State responsible for the execution of violations classified as crimes against humanity”, they explained.

The resolution indicates that “the pattern of governmental violence includes persecution, hounding, harassment and stigmatization of human rights defenders whose right to defend rights has been restricted”.

“One of the aggressions’ targets has been the organization affiliated with the FIDH, the Nicaraguan Center for Human Rights (Cenidh), arbitrarily stripped of its legal status, its assets seized and its members persecuted”, adds the resolution.