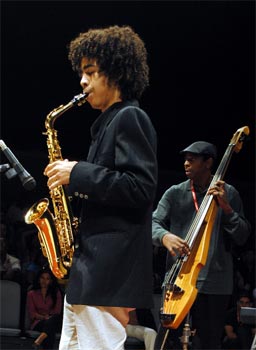 HAVANA TIMES – The XVI JoJazz Contest 2013 opens its session today in the Cuban capital until November 17th. Participants up to 30 years of age will compete, reported Prensa Latina.

The Salvadoran group Brujo is an added feature to the event as well as performances by Cubadentro, five PÁ Sax, Miguel Angel de Armas, Alejandro Falcon and the Jazz Band directed by Joaquín Betancourt.

Havana’s Mella Theater, the Sala Avenida and The La Zorra y El Cuervo Club are hosting the event , which this year expands its involvement modalities with the addition of instruments like the flute and oboe .

Bobby Carcasses, National Music Award 2012 and chairman of the event, stressed the importance of including jazz as a subject in the curriculum of art education in Cuba, and expressed the need to create a library with bibliography and recordings for the study of new generations.