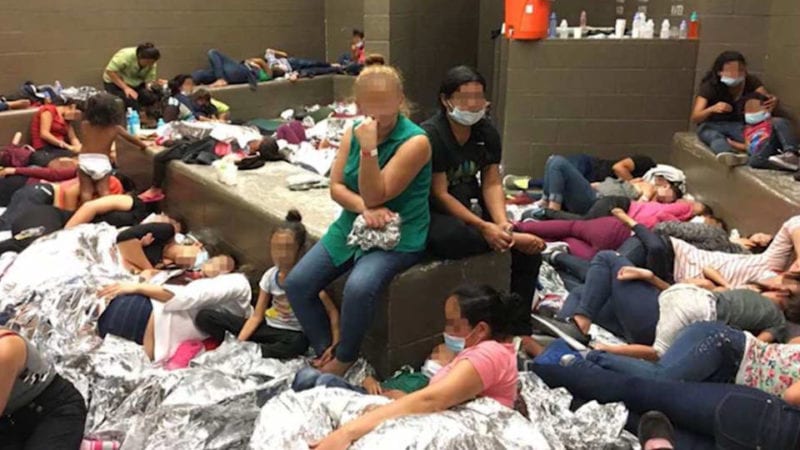 Trump: “In all cases, if you look, people that came from unbelievable poverty, that had no water—they had no anything where they came from—those are people that are very happy with what’s going on, because, relatively speaking, they’re in much better shape right now.”

On Sunday, he accused the media on Twitter of “phony and exaggerated accounts” of migrant detention centers, and again blamed Democrats for failing to enact more effective immigration policies—this despite recent congressional visits to migrant jails and multiple accounts of abuse recorded by legal and other experts.

12 thoughts on “King Trump: Migrants “Very Happy” with Situation in US Migrant Jails”