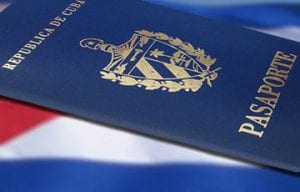 HAVANA TIMES — A total of 14,000 persons managed to be repatriated in Cuba over the course of last year, a record figure ever since the Cuban government introduced the 2013 migration reform policy, according to official reports.

“These 14,000 people who decided to come and live in Cuba is one of the greatest immigrations we’ve had in recent years,” said Juan Carlos Alonso Fraga, the director of the Population and Development Research Center at the Office for National Statistics (ONEI), during a recent appearance on the TV show Mesa Redonda.

The official explained that in the course of 2017 so far, there are also signs of “a trend in this kind of immigration which involves repatriated Cubans, some of whom have been out of the country for many years, and of foreigners who decide to take up permanent residence in Cuba.”

He also added that there are people of all ages among those who are being resettled in Cuba, with an emphasis on people aged 50 years and over, most of whom are based in Havana.

Last year’s figure of repatriated people who took up permanent residence on the island is higher than the total number of people who decided to do this between 2013 and 2015. The vast majority of people are those who immigrated to the United States.

“This reveals a growing interest in Cuban citizens to return to their country on a permanent basis, which doesn’t stop them from traveling abroad and leading a normal life like any other citizen of any other nationality,” explained Ernesto Soberon Guzman, the director of Consular Affairs at the Ministry of Foreign Affairs (MINREX), during the TV show.

Previous government statistics show that ever since 2013, when Raul Castro’s government put the migration reform process into effect which made red tape to travel abroad a lot more flexible, over 13,000 Cubans had been repatriated voluntarily from the United States.

Those who can and can’t

In 2015, statistics from the Immigration Office indicated that 9,400 people who had emigrated before the migrations reform process, returned with the objective to live in the country permanently. Out of these, 5,000 left and went abroad again.

The 2013 migration reform authorized residents abroad to request their return and permanent residency in Cuba, which had to be previously requested from diplomatic representatives or the Ministry of Interior (MININT). The new policy opened the way for many Cubans living abroad to return.

However, the Cuban immigration policy denies the return of people who have been involved in “hostile actions against the political, economic and social bases of the State,” which means the automatic disqualification of thousands of emigres who oppose the regime in Havana.

Those interested in being repatriated must designate, beforehand, a home where they can stay and the Cuban authorities will give them an answer to their application within 90 days.

The requirements to make an application in line with the migration reforms process, which has been in effect since January 14, 2013, are:

-Put in an application explaining the reasons why they want to resettle in the country.

-Inform the authorities of a reference person they have in Cuba who is committed to ensuring their accommodation and support when needed, until the person making the application can obtain their own home and income.

-To pay the required tax or consular fee in accordance with current laws in force.

However, the reality is that many repatriates keep their residency in the United States and other countries at the same time, and some people stay on the island for periods of time or travel there regularly enough so that they can maintain their legal status in both countries.

The migration reform law stipulates that Cuban residents living in Cuba can leave the country for a period of 24 consecutive months, without losing their full rights as citizens.

Between 2001-2015, a total of 517,638 Cubans have obtained permanent residency in the United States and over 275,000 have managed to become US citizens, according to the U.S. Citizenship and Immigration Services Office.