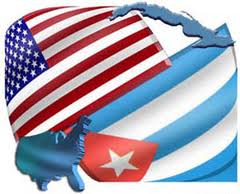 HAVANA TIMES — The United States and Cuba have come to an understanding that could mark a new era in relations between the two neighboring countries. Cuba has released the US agent Alan Gross and the US has freed the remaining three agents known internationally as the Cuban Five.

Another unnamed US intelligence agent, who has been imprisoned in Cuba for nearly two decades, was also released in the exchange.

Both Raul Castro in Cuba and Barack Obama in Washington are scheduled to speak at noon today on the future of US-Cuba relations.

See the details of President Obama’s speech on Cuba.