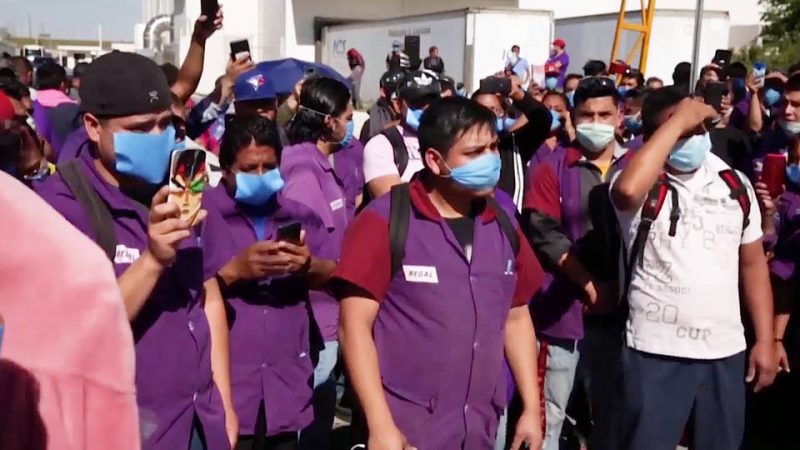 HAVANA TIMES – In Mexico, a massive campaign to recruit more medical staff has been launched as the country faces an alarming shortage of healthcare workers. However, reports emerged of hundreds of applicants being rejected after standing in line for hours to apply for jobs.

Elsewhere in Mexico, dozens of workers from an assembly factory in Ciudad Juárez owned by the U.S.-based company Regal held a protest Wednesday demanding the factory’s shutdown over safety concerns. The protest followed the death of an employee who presented COVID-19 symptoms. This is factory worker Isabel Flores.

Isabel Flores: “We are scared for our health and the health of our children, because we all have families, all of us here, and they just look at us as a business. They don’t care if we die.”