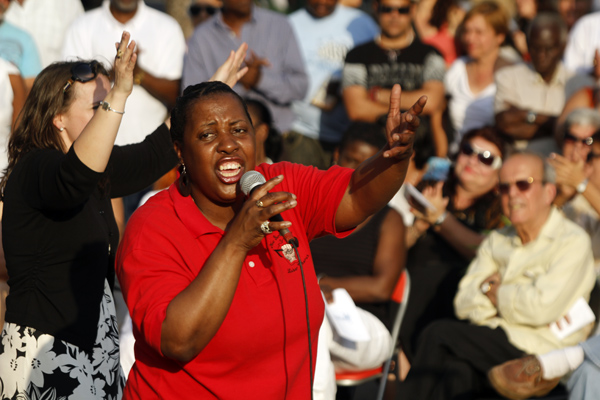 HAVANA TIMES, April 24 — The New York City Labor Chorus traveled to Cuba to share their art and learn about Cuban reality.  The performed at the Havana park in Vedado popularly known as Lennon Park because of the life size John Lennon sculpture sitting on one of its benches.

The enthusiasts of choral art alternated with young graduates and students from the Canto Mariana de Gonitch Academy in Havana.

The music of John Lennon and the Beatles was banned in Cuba during their heyday of the 1960s and 70s.

Later a reevaluation of cultural policies resulted in their music being resurrected in Cuba, especially under the tenure of current Minister of Culture, Abel Prieto.  The tribute to Lennon crafted by Cuban artist José Villa Soberón was inaugurated in December 2000.