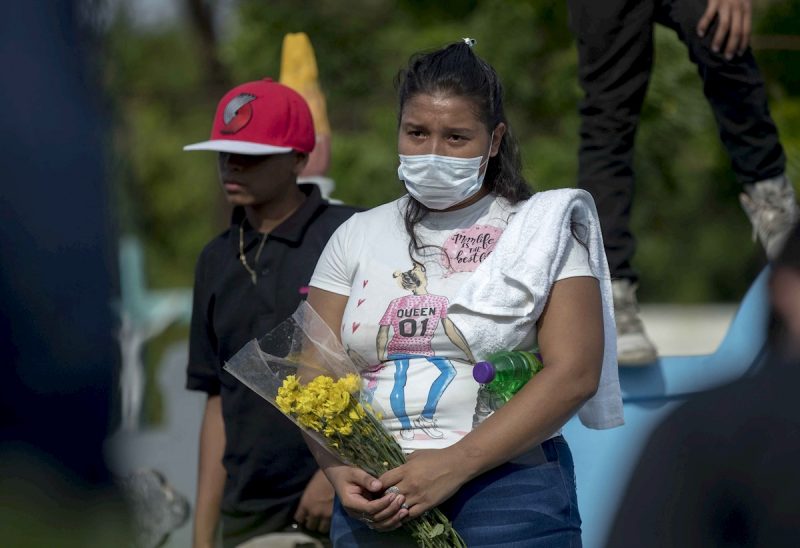 The latest report from Nicaragua’s Citizen’s Observatory registers 4,217 suspected cases and 980 deaths from the pandemic.

HAVANA TIMES – The independent monitoring organization, “COVID-19 Citizen’s Observatory”, issued a report on Tuesday, June 2, in which it reported 4,217 total infections and 980 deaths from the ongoing COVID-19 pandemic.

Citizen’s Observatory, made up of a network of doctors and voluntary collaborators from all over Nicaragua, gave a much higher count of both cases and death than the report from the Ministry of Health (Minsa), issued that same Tuesday.

According to the government’s health authorities, up until now a total of 1,118 people have been infected with COVID-19, of which 46 have died.

Last week’s official data from the Ministry of Health wasn’t included in the Citizen’s Observatory report, since the statistics they reported on Tuesday had a cut-off date of May 30.

According to the Observatory’s independent report, Managua is the department with the highest number of COVID-19 cases, with 1,706, followed by: Masaya with 355; Matagalpa with 274; Leon with 220; Chinandega with 182; and Grenada with 110, while the other eleven departments together had fewer than 100 cases.

Managua also headed the list of deaths linked to COVID-19, with 465.  Together with Masaya, which reported 124 deaths, they’re the only two departments with over a hundred fatal cases.

The report noted at least 1,431 irregularities that have occurred around the country in the context of the pandemic in Nicaragua, among them exposing people to risk via crowd activities, the inadequate response from the Ministry of Health, and threats or reprisals taken against patients or family members if they divulge COVID-19 cases and deaths.

The 34 different local medical associations in Nicaragua have noted that the curve of COVID-19 infections in the country may not yet have reached its highest point. These medical associations have recommended that the population assume a voluntary national quarantine, in accordance with the recommendations of the World Health Organization, without waiting for a government decision.

President Daniel Ortega’s government has received criticism from within and outside the country for their strategy of prioritizing the economy and tax collection.  This strategy has largely consisted in establishing no restrictions and taking minimal preventive measures, all the while promoting crowd activities.

Meanwhile, the UN Office of the High Commissioner of Human Rights and the Inter-American Commission for Human Rights have asked the Nicaraguan government to guarantee the population’s right to health.