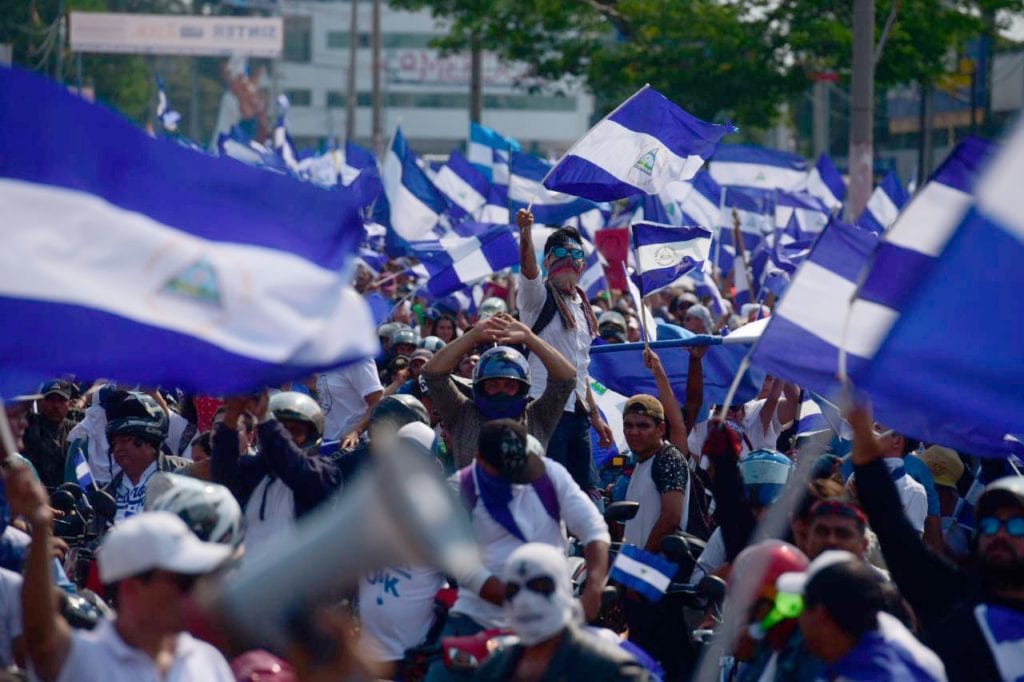 They see themselves as a compliment to the Civic Alliance and Blue and White Unity movement, not a contradiction.

HAVANA TIMES – The Nicaraguan Rural Movement and student organizations, including ex-political prisoners, are leading a new opposition coalition, announced on Wednesday, which they say aims to return democracy to the country, currently governed by Daniel Ortega, whom they consider a dictator.

The peasants and students announced that from now on they will be united in the “struggle” against Ortega, whom they hold responsible for the death, disappearance and imprisonment of hundreds of protestors since the social rebellion that began on April 18, 2018.

“We unite with the objective of joining forces to build a Nicaragua where there is respect for human rights, for democracy,” rural leader Freddy Navas told reporters.

The peasants and student groups were also joined by other young people released from prison and professionals who have been victims of governmental repression, such as doctors, lawyers and teachers fired from hospitals and universities.

The day before, all the organizations had shown their support for the “Mothers of April,” who introduced at least 30 appeals for unconstitutionality against Daniel Ortega’s self-Amnesty Law, which suspends investigations into crimes committed in the context of the sociopolitical crisis in Nicaragua.

The Inter-American Commission on Human Rights (IACHR) had also expressed its solidarity with the “Mothers of April,” in their support for the “demand for truth, justice, reparation and guarantees of non-repetition,” which they share with peasants, students and other opposition groups.

“We are going to struggle together so that there is democracy in this country,” reiterated Navas, who spent seven months in prison after participating in protests against Ortega, who has been ruling for 12 consecutive years, the last two with his wife, Rosario Murillo, as vice president.

The peasant leader affirmed that the unity of different sectors does not negate other opposition groups, such as the Civic Alliance for Justice and Democracy or the Blue and White National Unity, since their organizations are also part of both groups.

The sectors united in this new opposition coalition insisted that, as victims, they deserve to be part of the negotiating table of the Civic Alliance with the Government, but they warned that they oppose the renewal of talks as long as more than 90 political prisoners continue in jails.

So far, neither the Ortega government nor the Civic Alliance have announced a return to the negotiations, as mandated by the General Assembly of the Organization of American States (OAS) last week.

The negotiations have been stalled since April 3, and completely broken on May 20, due to the government’s failure to comply with the agreements it signed to release all “political prisoners” and to respect the Constitution with regards to freedom of expression and press.

One thought on “Nicaragua: Peasant Movement and Students Exert Leadership”