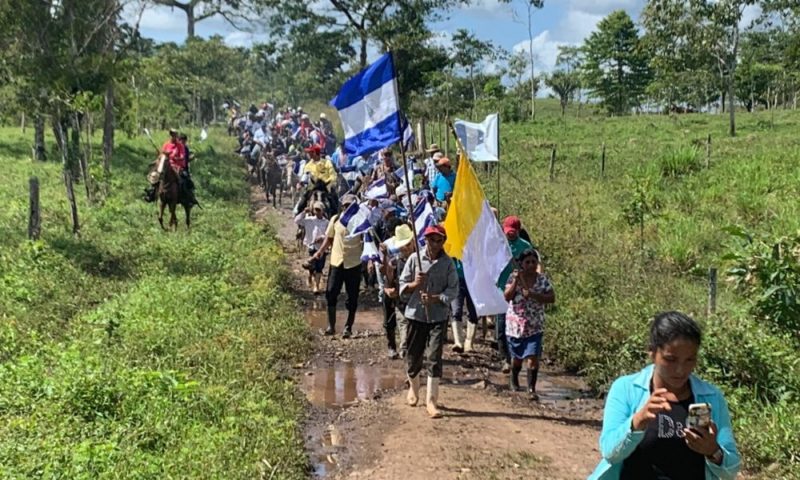 HAVANA TIMES – On December 23rd in San Miguelito, Río San Juan, a large number of farmers marched to commemorate six years of struggle against the Interoceanic Canal Law, which would be carried out through a direct concession of exploitation by Chinese magnate Wang Jing, as announced by Daniel Ortega on June 13, 2013.

During the march they also demanded the release of political prisoners, freedom for Nicaragua, as well as the exit of the dictatorship.

The demonstration was carried out despite the threat of kidnapping made by Ortega police agents, noted members of the community.

“As farmers we are convinced of what we want, and we will not stop until we achieve equality, justice and democracy in our country. They have imprisoned us, they have killed us and also forced many into exile. We will continue slowly but firmly and always forward”, said the leaders of the Peasant Movement.

They added that the activity was carried out without any trouble, since it was something local, because the riot police were planted in the town of El Tule so that none of the surrounding communities joined the march. The farmers noted that although these dates revive with joy the birth of Christ, there is always mourning and pain in their hearts for those still held as political prisoners and the situation of the country.