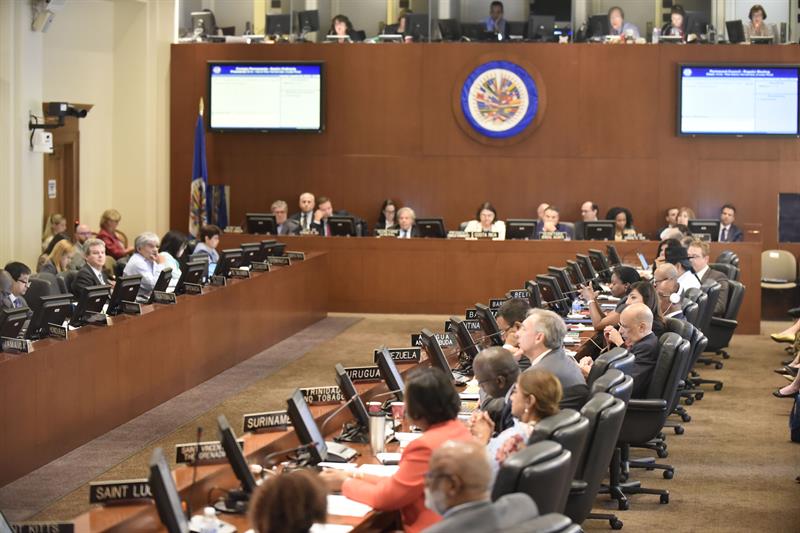 HAVANA TIMES – The Organization of American States (OAS) meets on Friday in a special session to discuss the ongoing human rights crisis in Nicaragua.

The session can be watched live at 1:00 p.m. ET (11 a.m. in Nicaragua) with sound in English or Spanish at these links:

The session was called by the permanent missions of Argentina, Canada, Chile, Costa Rica and the United States.

The Permanent Council of the Organization of American States (OAS) will receive a report on the situation of the virtually suspended National Dialogue in Nicaragua from the OAS delegate as a witness to the talks, Luis Angel Rosadilla.

The meeting was called as the United States assumed the presidency of Council for the next three months, while in Nicaragua, it is increasingly evident the lack of will of the dictatorship of Daniel Ortega to find a way out of the crisis.

The United States ambassador to the OAS, Carlos Trujillo, promised days ago to reactivate the application of the Inter-American Democratic Charter if Nicaragua does not advance on issues of democracy and respect for human rights.