HAVANA TIMES – It all started when residents of the rural community of Esquipulas, Ometepe, Nicaragua took out a national flag and demanded freedom for their oppressed country.

The small protest happened on the night of April 19, two years after the civic uprising that months later the Ortega regime managed to quell using heavily armed paramilitary forces and police against unarmed protestors.

Throughout Nicaragua, more than 325 dead and thousands of wounded were left at the hands of government forces, as well as more than 1,000 prisoners and around 100,000 people forced into exile.

Ometepe, formerly known as an Oasis of Peace in its tourist advertising, was brutally attacked and occupied by paramilitary and police forces in October 2018.

What the police say 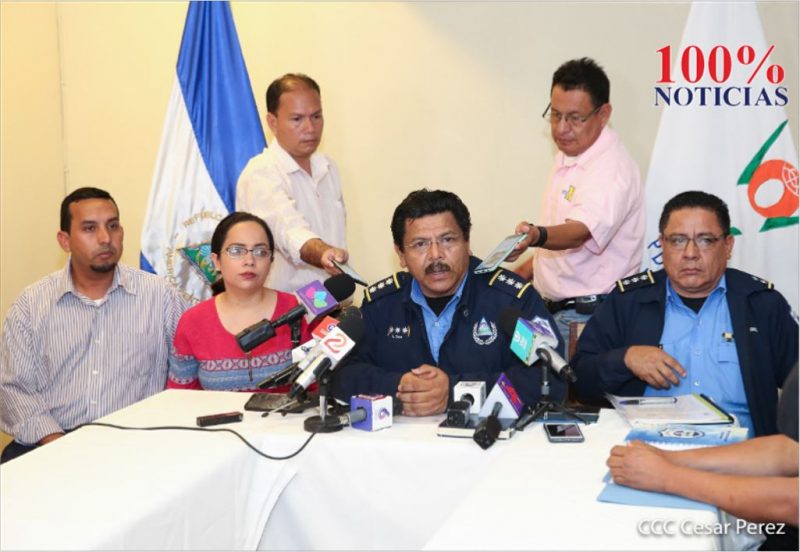 To justify their presence in this rural community in the municipality of Moyogalpa, the Police issued a statement claiming that they received a call from a person who identified himself only with the initials RPF stating that a “group of people in a drunken state attacked several homes with stones,” reported Confidential.

According to the police, when they arrived at the place they were stoned, which led to the agents arresting three people at first, including Edwin Javier Mora Cajina, Edmon Mora Romero and Leyla Edith Mora Martinez.

On Monday morning dozens of riot police were sent by ferry from Rivas to reinforce the island’s local police in their hunt and intimidation of residents of Esquipulas who oppose the Ortega-Murillo government.

The balance of the police assault

According to the newspaper La Prensa, “After the repression this Monday, nine citizens, six men and three women, are reported to have been kidnapped by the repressive forces of the regime, without their relatives having specific information on their whereabouts. The only thing they knew thanks to human rights activists is that they were taken to Managua.”

It was on Tuesday afternoon that it became known that the islanders, with the exception of one, were taken to the infamous El Chipote interrogation center. Among those arrested are three wounded from the police attack.

In Managua, Yonarqui Martinez, attorney for numerous political prisoners, appeared at the offices of El Chipote, along with relatives of the detainees to ask about their legal situation. They were informed that all the kidnapped persons are being held for investigation, with the exception of Leyla Martínez, who is pregnant, and was already handed over in Ometepe, reported La Prensa.

Five of the detained were taken before a judge where defense lawyers were barred from attending. Two of the injured are hospitalized under police guard.  Yonarqui Martinez visited Ometepe to document the case.