Several airlines are flying to the rest of the region but not to Nicaragua. 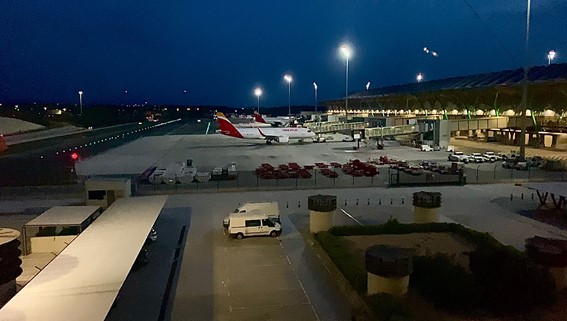 HAVANA TIMES – The Government of Daniel Ortega canceled another Avianca airline flight, the fourth flight in less than 72 hours. As in the other three, they gave no official explanation. This was an El Salvador-Nicaragua connection, which would have brought twenty Nicaraguans from Spain. Now they are now stranded in Madrid.

A source from the travel industry confirmed to Confidencial the cancellation of flight TA 315. It was expected to depart El Salvador at 9:50 p.m. on March 30 and arrive in Managua at 10:45. On the airline’s website, the flight was still listed as confirmed. However, the source explained that is because the cancellation was not due to the company, but to external reasons.

The stranded passengers were getting ready to board an Iberia airlines flight from Spain. Since Iberia does not have direct flights to Nicaragua, it uses connections from El Salvador or Panama. The affected Nicaraguans learned of the cancellation of the Avianca flight on Monday, March 29, during the boarding process in Madrid.

The justification provided by the airline was that the Nicaraguan government had not authorized the flight. They had no further information. For its part, the travel sector source assured that in previous cases, Avianca informed them about the cancellation of the flight. However, this time, they found out from the passengers themselves.

One of the stuck nicas

“Carlos” is one of the passengers who expected to be in Nicaragua this Tuesday, after living three and a half years in Spain. He decided to return to his country after five months without work, amid the adverse context due to the covid-19 pandemic, which hit Spain especially hard. “Carlos” collected the savings he had left to embark on the return trip, but he has run into many obstacles.

With the suspension of the flight, he had to spend the night together with several compatriots at the Madrid airport. Carlos had no option but to request help from his friends, since he has no family in Spain. He had a tight budget for his trip and so far he doesn’t know how he will pay for the new covid-19 test, required to enter Nicaragua.

Iberia told them they rescheduled the trip for next Thursday, April 1. However, “Carlos” is concerned because the airline also warned that the flight could be canceled again. Such would imply more expenses for his already difficult economic situation.

This past weekend, three Avianca flights, one from El Salvador; the other from Miami, and the last, a Managua-Panama flight, were canceled without the reasons being clarified.

The travel industry source told Confidencial that on Saturday March 27, a group of Nicaraguans left Madrid- Spain bound for Nicaragua. However upon arriving in Panama, where they would make the connection through an Avianca charter flight, they were notified that this was canceled.

The airline informed them, by email, about the suspension of the flight. Nothing more. An attempt was made to contact Nicaraguan authorities, but they did not answer the phones, the source said. The option given to those passengers to avoid being stranded was to travel to El Salvador and wait seven days for the pre-check procedure requested by the Government of Honduras to proceed to reach Nicaragua by land.

The source ruled out that the cancellation of the charter trip is related to problems with the covid-19 tests. These were one of the most common complaints from passengers when international trips were resumed.

The source explains that the logistics of a charter flight implies that the negative results of the molecular tests are sent to the Ministry of Health (Minsa) 36 hours before the trip, which verifies them and approves or rejects them. In this case, they were all approved. Avianca did not offer an official statement regarding the inquiries made by Confidencial.

Nicaragua was the first country in Central America to reopen its international airport, after it was forced to stop operations due to travel restrictions imposed by other countries due to the covid-19 pandemic.

However, the measures requested from the airlines have affected any normalization of travel. This to such an extent that at least three airlines continue to postpone flights to Nicaragua.

Among the requirements most questioned by tourism authorities and the airlines themselves have been that the flight companies are in charge of sending the results of the covid-19 tests to the Minsa in Nicaragua, and that the flight crew must also present their test, even if they do not leave the airport.

Avianca was the first airline to resume operations in the country, on September 19, 2020. Currently, they offer ten weekly flights to El Salvador and seven to Miami. However, that could change if the government’s forced cancellations continue.

For more from Nicaragua stay with Havana Times.