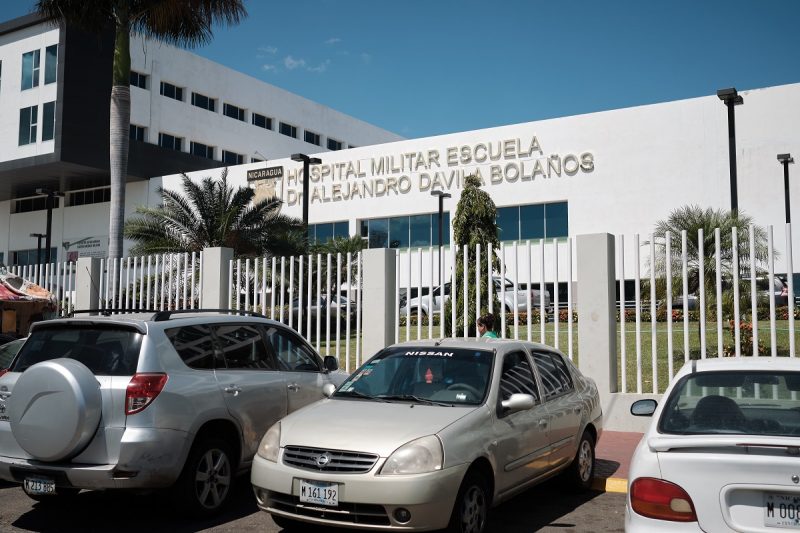 HAVANA TIMES – Luis Siero Alfaro recorded the funeral of his father, Captain Luis Cristobal Siero, pilot of the Nicaraguan airline La Costeña, who, according to his son, died of Covid-19 at the Managua Military Hospital.

The young man made a Facebook Live from the time he left the hospital to a cemetery and the touching video has been seen by tens of thousands of people on his account, as well as on YouTube.

The son, aboard his car, followed the funeral vehicle with the remains of his father, a renowned aviation pilot in Nicaragua. He had entered the Military Hospital with symptoms of the SARS-CoV-2 coronavirus last Sunday and died on Friday.

The young man explained that he did a Facebook Live because it was the only way that his father’s family and friends could accompany him to his last resting place.

Health authorities “did not let me hold a [traditional] wake at home because of the virus,” said Siero Alfaro, who regretted that his mother is in the United States and was unable to say goodbye to his father.

“There is no way to express the words of pain of driving behind this vehicle taking my father to the central cemetery of Managua,” said the young man, who stressed that his father “resisted as far as he could” until he suffered a heart attack.

During the 20-minute trip to the cemetery, in addition to complaining about how fast the funeral carriage drove, he made calls to people to take care from this disease.  He noted that the situation that Nicaragua and the world are going through is “sad”.

Upon arriving at the cemetery, Luis criticized the funeral vehicle workers for the way they drove, and they explained that it was the instructions they have.

At the burial site were five relatives of the victim, as well as those responsible for digging the grave where the pilot was buried.

This is an “express burial, as they say, as quickly as possible to avoid spreading the virus,” said the young man, who before burying his father opened the coffin to show that his father’s body was inside a hermetically sealed box.

“Here they take the captain. Captain Siero is flying high now,” said the son, who said he was able to see his father before he died, told him that he loved him very much, thanked him for everything, and asked for forgiveness for all his sins.

“Here is my old man, my poor old man. Take great care!” he urged, as the transmission ended.

The so-called “express burials”, coffins transferred directly from the hospital to the cemetery, first appeared on stealthy videos recorded at night with phones, but now they are there, day and night, in the midst of the covid-19 pandemic.

Express burials, without any record of the person being a Covid-19 victim, funeral carriages or trucks carrying a coffin and leaving hospitals for cemeteries, where the burial takes place by men dressed in white waterproof suits, and no one else or a few family members looking on.In Nicaragua, where there is normally no funeral without a wake, some lasting several days and nights, this type of burial, without family or farewells, is an anomaly that causes fear during a pandemic.

The fear is greater because, as testimonies emerge from up to nine express burials in one day, the Government only reports 25 cases of covid-19 and eight deaths in two months. This leads Nicaraguans to believe that the authorities are withholding information and that the pandemic here is worse than one thinks.

A report released this week by the independent Citizens Observatory reported at least 1,270 suspected coronavirus cases and 233 deaths.