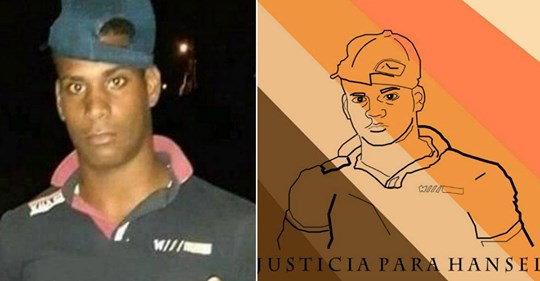 HAVANA TIMES – Today, Tuesday June 30 at 6:10 am, Cuban visual artist Tania Bruguera was kidnapped from the basement of her building located in the capital’s El Vedado neighborhood. She was trying to get to the protest for the death of Hansel Hernández in front of the Yara cinema, the artist’s sister Deborah Bruguera denounced on her Facebook wall. At the time of publishing, Bruguera is still missing.

The cessation of police violence, arbitrary arrests, as well as the release of all political prisoners, are the main demands that motivated the protest called for 11:00 AM.

The Yara Cinema was the place chosen by a group of activists and artists to demand a convincing answer regarding the crime committed against Hansel Hernández, a young man who was the victim of police violence that has been increasing during the Covid-19 quarantine.

From her Facebook wall, an aunt of Hansel wrote last week: “I feel deep pain for the murder of my nephew Hansel Ernesto Hernández Galiano committed yesterday morning [June 24] in, Guanabacoa (in eastern Havana) by two patrolmen.”

She added: “We, the relatives, ask for that this cruel act, at the hands of our supposed national security, does not go unpunished. Because a policeman’s uniform does not give them the right to murder anyone in such a way.”

Meanwhile, the kidnapping and whereabouts of Tania Bruguera remain unknown.

Bruguera has denounced through her work Untitled 2000, which was exhibited in 2018 at the Museum of Modern Art in New York, the darkness suffered by the country’s political prisoners as the government doesn’t recognize their existence.

In addition to her struggle for artist’s rights, Bruguera, from the professional Facebook page of the Hannah Arendt Institute of Artivism, which she directs in Havana, announced her support for today’s protest.

The Ministry of Interior’s version of the events in the death of Hansel Hernandez leaves more doubts than certainties. But what the government’s Cubadebate website did make clear was the determination to hold the victim responsible, without a thorough investigation of what happened, without disclosing the names of the two policemen and having cremated Hernandez’s body.