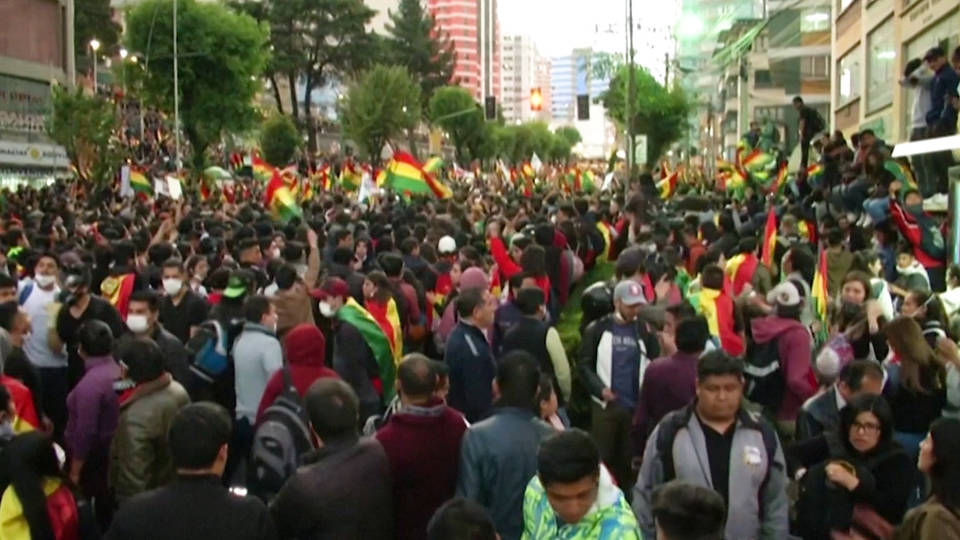 Preliminary election results showed the election headed for a runoff, with Morales leading his opponent, former president Carlos Mesa, with less than the 10% margin required to win the election outright. But then election officials abruptly stopped the ballot count for 24 hours.

When the count resumed, Morales had suddenly surged far ahead of Mesa, with enough of a lead to avoid a December runoff.

The vice president of the Bolivian Supreme Electoral Court has announced his resignation amid the fraud accusations, and the Organization of American States is meeting today over the situation.