HAVANA TIMES, Nov. 26.- Cuban President Raul Castro told actor Sean Penn in an exclusive interview for The Nation magazine that he would be willing to meet with President-elect Barack Obama, seeking to improve the half century of poor relations between the United States and Cuba. 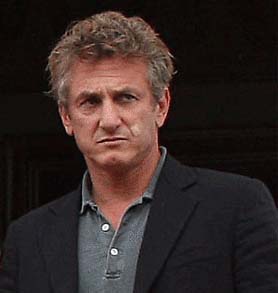 The interview took place in Havana shortly before Obama was elected. When asked whether he would be willing to travel to Washington to meet Obama, Castro suggested a more neutral setting: “Perhaps we could meet at Guantánamo. We must meet and begin to solve our problems, and at the end of the meeting, we could give the president a gift…we could send him home with the American flag that waves over Guantanamo Bay.”

Penn asks: “Should a meeting take place between you and our next president, what would be Cuba’s first priority?” Without a beat, Raul Castro answers, “Normalize trade.” Penn then notes, “The indecency of the US embargo on Cuba has never been more evident than now, in the wake of three devastating hurricanes. The embargo is simply inhumane and entirely unproductive.” Castro continues, “The only reason for the blockade is to hurt us. Nothing can deter the revolution. Let Cubans come to visit with their families. Let Americans come to Cuba.”

To read the extensive narration that also includes an interview days before with Venezuelan President Hugo Chavez access: http://www.thenation.com/doc/20081215/penn