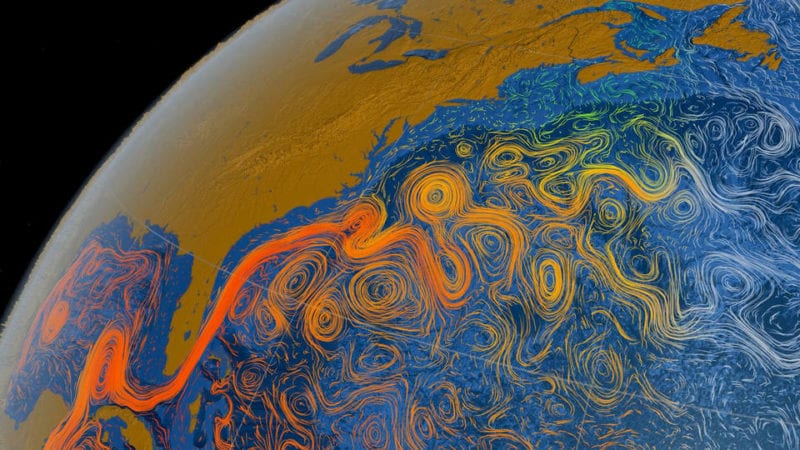 “New research finds the Atlantic Ocean’s Gulf Stream current has weakened dramatically in recent years and could be headed for a collapse that would bring extreme winters to western Europe while accelerating sea level rise in the eastern United States.
“The findings come in a pair of new reports published in the journal Nature. Researchers found prevailing ocean currents have weakened by about 15 percent since the mid-20th century, as human-caused climate change added vast amounts of fresh water to the North Atlantic due to melting ice from Greenland.”