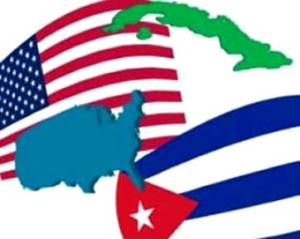 HAVANA TIMES — One of the thorniest issues to achieve a full normalization in US-Cuba relations are the multiple property claims, in the billions of dollars, that both countries have with the other. To begin putting the different positions on the table delegations from both countries are meeting today in Havana.

The US delegation is led by Mary McLeod the acting legal adviser for the US State Department.

For decades Cuba has kept track of what it considers the damages caused by the internationally repudiated US embargo on the island. The government’s demands have also included the return of the territory occupied by the US Guantanamo Naval Base.

For its part the United States government defends the thousands of claims of US citizens that were certified by the Foreign Claims Settlement Commission. These include claims by individuals and corporations.

According to the State Dept. “The meeting is the first step in what we expect to be a long and complex process, but the United States views the resolution of outstanding claims as a top priority for normalization.”