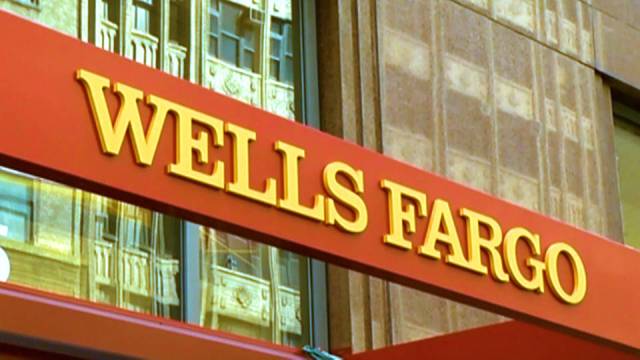 US sanctions against the Ortega regime trigger up “country risk”

HAVANA TIMES – A week ago, Wells Fargo Bank informed the four banks with which it maintains relations in Nicaragua—BAC, BANPRO, LAFISE and FICOHSA—that within a month it would withdraw from the country, and therefore could not continue to provide the correspondent service, revealed to Confidencial an international financial source.

The source attributed this decision by one of the four major US banks —the other three are Bank of America, Citibank and JP Morgan Chase—, to the increase in Nicaragua’s “country risk,” aggravated by the confrontation between the Ortega regime and the US Government, and the sanctions imposed by the Trump Administration and the Congress of that country.

Another of the big four, the Bank of America, three weeks ago reportedly informed LAFISE that it was closing its accounts in that bank within a period of thirty days, according to the international source.

A third bank in the United States, BAC Florida, would be in the process of closing operations, however, a source linked to Grupo Pellas—owner of the bank—assured that it continues to operate normally, and what would be its impacted in Nicaragua, “Banco de Finanzas,” has not received any notification from its correspondent bank in the United States.

Given the size and diversification of the United States economy, banks around the world require a correspondent bank in that country in order to better serve their own clients.

The decision of the US banks would be a way to prevent the sanctions contemplated by the Nica Act, against those banks that have relations with people sanctioned by the United States, especially after the president of that country, Donald Trump, sanctioned the vice president of Nicaragua, Rosario Murillo, and Nestor Moncada Lau, one of her main political operators.

Although working with Nicaraguan banks implies to forego certain revenues, an economist with experience in international banking told Confidencial that the reason why they do not want to continue working with Nicaragua is because the volume of business is very small, and the country risk too high to assume it.

One of the sources noted that at the closing of the 52 Assembly of the Latin American Federation of Banks (FELABAN), held in Dominican Republic in November, the bankers present at the meeting commented on the imminent closure of banking correspondent or credit lines with their allies in Nicaragua.

Managers of the four national banking entities contacted by Confidencial said that they did not know anything about the issue, at the same time were skeptical about the veracity of the same, because in that case, they should be aware.

Another banker considered logical that his US colleagues might be over-cautious, but he recalled that even if they approve the “Nica Act,” if would still be necessary to approve specific measures.

The “Magnitsky Nica” creates a legal framework, just like the decree that President (of the United States Donald) Trump used to apply sanctions and measures, but those sanctions have not yet been implemented,” he reflected.

The bankers said that even if the international banks indicated that they would stop working with their Nicaraguan allies, that would not mean an insurmountable problem for the banks that have a presence in the United States.

A source said that BAC Florida, which offers that service to its “sister bank” (Avanz), also offers it to BDF, which would be free from that problem.

In the case of FICOHSA, Confidencial called two executives of that entity, but it was not possible to get an answer from them.

Even if Nicaraguan banks run out of a banking correspondents in the United States, they could always continue to offer services to their clients, even if it is through third parties.

In that case, what could happen is that the transfers would become more expensive because of the cost of currency conversion, in addition to the commission that would be charged by a hypothetical new bank correspondent (in South America, for example), which in turn would make the transactions with its own correspondent bank in the United States. The higher cost—and transaction time—will be covered by the client, of course.

The economist Nestor Avendano, President of Consultants for Business Development (COPADES), said that what he knows is that the banking correspondent are not ceasing, but the granting of letters of credit. A bank would have to be involved in a serious illegality for the bank correspondent to be closed, and neither would they be closed even by a higher country risk, in which case they would simply raise their interest rates.

“What is happening is a reaction by foreign banks that are telling Nicaraguan companies that they will not continue accepting the letters of credit issued by Nicaraguan banks, to avoid the US sanctions contemplated in the “Magnitsky Nica,” said the expert.

“This law increases the country risk and hinders the access of the private sector to external financing, but should not be interpreted as the elimination of correspondent status, because if it is taken away from a bank located in the country, it is equivalent to removing it from the international financial business, he said. At the same time, he questioned the logic of giving up working with a (Nicaraguan) bank that is solid and has sufficient liquidity.

The fear responds more to a precaution by US banks so they will not be sanctioned by their own government, if it is shown that they are transferring resources from people who are on a list, but that is ruled out by business reputation. Any Nicaraguan bank will cancel the accounts of any individual or legal entity that is on the list of those accused for corruption or human rights violations,” he concluded.

4 thoughts on “US Banks Pulling-Out of Nicaragua”