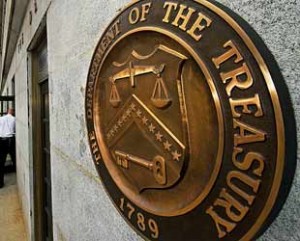 HAVANA TIMES — Following a decision in step with the White House’s new policy towards Cuba, the US Treasury Department announced that it would remove 28 companies, 11 vessels and 6 individuals from the list of entities barred from conducting business with US citizens or companies around the world.

On Tuesday, the Office for Foreign Assets Control (OFAC) published a list of the 45 entities and individuals removed from the Specially Designated Nationals List (SDN), which enumerates and imposes sanctions on controlled groups or individuals and those who maintain relations with countries under US sanctions.

The SDN may also include drug traffickers and terrorists who are not included in any specific series of sanctions. In all cases, the individual’s assets are frozen and they are forbidden from having any dealings in the United States.

The OFAC announcement lifts sanctions on companies and persons who operate in Cuba, Panama, Venezuela and the United States and had been in the SDN for nearly 20 years. Tourism industry companies, commercial ships, fishing vessels and cruisers (as well as Cuban State company representatives) are mentioned in the announcement.

“All of these entities, vessels and persons were removed from OFAC’s list as part of an ongoing internal revision about old sanction cases,” Treasury spokeswoman Hagar Chemali declared.

The official told CafeFuerte that this decision is not related to the recent lifting of some sanctions regarding Cuba and reflects OFAC’s constant efforts to revise and update its list of the sanctioned. She did however acknowledge that the measure is in step with the policies being implemented by President Barack Obama.

The measure constitutes a new step towards a more flexible policy of commercial sanctions on Cuba, a process begun following Obama’s announcement last December that the United States would re-establish diplomatic relations with Cuba, though several of the entities in question have already been dissolved and a number of vessels have sunk or are currently out of circulation.

“OFAC hopes to reduce legal public spending through the elimination of out-of-date information from the SDN. This will reduce the number of possible coincidences involving false names and expedite the processing of illicit transactions by financial institutions,” the government spokeswoman added.

Two of the entities based in the United States, Kol Investments (Miami) and Travel Services Inc. (in Hialeah) are currently inactive.

The most curious detail about the OFAC communiqué is the mention of two, former high Ministry of the Interior (MININT) officials who have passed away: Major Armando Padron Trujillo and Colonel Osvaldo Antonio Castell Valdes.

Padron Trujillo was sentenced to death and executed in June of 1989, next to General Arnaldo Ochoa and two high Cuban officials, accused of drug trafficking in Cuba’s so-called “Case No. 1.” Padron managed MININT business operations in Panama.

Castell Valdes, a member of the Revolutionary Directory and one of the individuals who attacked Cuba’s house of government in 1957, was in charge of a number of business operations conducted by the Cuban corporation CIMEX in Panama. He was investigated during Case No. 1, but no evidence incriminating him could be found. He died in Havana in 2011.

Another dead individual removed from the Treasury Department’s list is Panamanian entrepreneur and politician Carlos Duque, who passed away last year. Duque was a close collaborator of deposed leader Manuel Antonio Noriega and he established ties with Cuban companies based in Panama in the 1980s.

OFAC, however, kept all of CIMEX corporation branches in Mexico, Panama and Spain on its list of sanctioned entities. It also decided to maintain Carlos Alfonso Gonzalez, the alias used by Chilean businessman Max Marambio to establish the company Havanatur in Miami in 1978.

That same year, he figured among the founders of CIMEX, a company that became the island’s largest commercial holding company. Marambio also had ties to MININT’s MC Department, dismantled after the 1989 scandal.

In the 1980s, Havanatur was investigated by a federal jury for violating embargo laws and conducting intelligence operations on behalf of the Cuban government.

Miria Contreras Bell (alias “La Payita”), another Havanatur representative, a collaborator of Marambio’s in Miami, remains on the OFAC list. Contreras was a secretary of Chilean President Salvador Allende and relocated to Havana following the 1973 coup. She died in Santiago de Chile in 2002.

Below is the list of persons, companies and vessels eliminated from the SDN on March 24 this year.