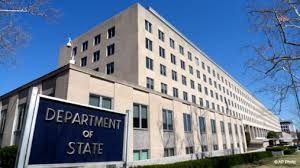 HAVANA TIMES — One year after Washington and Havana restored diplomatic ties, U.S. policy is helping to empower the Cuban people and give them greater autonomy from the socialist government, a senior State Department official said Wednesday.

“We remain convinced that our shift from a policy of isolation to engagement is the best course for supporting the aspirations of the Cuban people and the emergence of a peaceful, prosperous and democratic Cuba,” said the official during a background briefing with reporters.

The official said 700,000 Americans have traveled to Cuba this year, which increased people-to-people contact and boosted private businesses on the island.

As the Obama administration sees it, money from such travelers along with remittances from Cuban-Americans makes it easier for ordinary Cubans to move beyond the daily struggle to feed their families and think about the future. They are “better equipped to express their demands on the Cuban state and what they would like to do to be able to lead better lives,” the senior official said.

The official declined to speculate on how U.S. policy might change once President Obama leaves office, but said many of the administration’s measures to loosen restrictions on dealing with Cuba have become institutionalized.

“I would never speculate on what a next administration may do,” the official said, “but I think to the extent that this has yielded these positive results for the United States, for the Cuban people, it would be difficult to go backwards.”

The official said the number of Cubans working in the private sector has increased and now makes up 25 percent of work force.

But Cuba will face economic challenges in the coming months as its chief ally, Venezuela, experiences economic turmoil, the official said.

“Cubans want a better life and this will require fundamental economic reform,” the official said. “We continue to urge the Cuban government to make it less difficult for their citizens to start businesses, engage in trade and access information online.

“On the issue of human rights, our commitment to democratic reform and fundamental freedom in Cuba is unwavering. Respect for universal human rights is one of our enduring national interests and top policy priority toward Cuba.”

The official said Obama administration officials are working with Cuban officials to schedule a meeting about human rights and expect the meeting to be held in Havana before the year’s end.

“Human rights will continue to be one of the more challenging issues we discuss,” the official said. “We continue to follow President Obama’s lead in advocating for human rights in Cuba, including freedoms of expression and peaceful assembly. We will continue to demonstrate our solidarity with and support for democracy activists. We will also continue to publicly criticize the Cuban government for violations of human rights.

“In conclusion, normalization is a long-term process. Human rights, property claims and the return of fugitives from U.S. justice are complex and thorny issues, but we’re making slow and steady progress. In spite of our differences with the Cuban government, our engagement policy is working. We have made significant progress since reestablishing diplomatic relations a year ago. We’re moving in the right direction in our bilateral relationship with the Cuban government and in our relationship with the Cuban people and we have the support of the majority of the American public.”

Related: Granma’s interview with Josefina Vidal one year after U.S.-Cuba relations were restored.

27 thoughts on “US Says Engagement is Empowering Cubans”