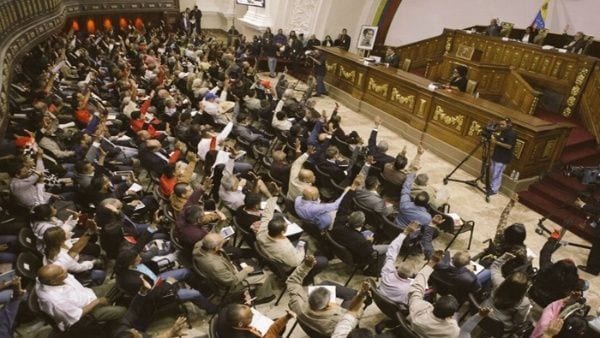 HAVANA TIMES  — Venezuela’s all-powerful Constituent Assembly moved the country’s mayoral elections forward to December, after the government had a landslide victory in the regional elections on October 15th, dpa news reported on Thursday.

The Constituent Assembly, completely dominated by pro-government members, unanimously approved the proposal to move the elections scheduled to take place in the first trimester of 2018 to December.

Now, the National Electoral Council (CNE) will need to set an exact date for the elections to choose mayors in the country’s 334 municipalities. These elections are the prior step towards the presidential elections, which are set to take place at the end of next year.

The Constituent Assembly’s leader, Delcy Rodriguez, said that the proposal was appropiate and timely, saying the Venezuelan people responded to “the US Empire’s attacks” in the October 15th elections.

In the regional voting for governors, Maduro’s candidates won 18 out of the 23 states in the country.

This decision to move up the local elections comes at a time when the opposition is divided and weakened by its defeat at the polls. Disputes between the parties in the Democratic Unity Roundtable coalition (MUD) broke out after four of the five opposition governors elected were sworn in before the Constituent Assembly so as to take on their new position. MUD had previously said its candidates would not recognize the authority of Maduro’s Constituent Assembly.

The governor in the state of Zulia, Juan Pablo Guanipa, from the Justice First (PJ) party refused to recognize the Constituent Assembly, and his election was subsequently revoked by the regional assembly.

Meanwhile, the opposition contested results in several regions including Miranda and Bolivar due to suspected irregularities. Nonetheless all the pro-government governors took on their new roles and are already in office.

The opposition candidate in Bolivar, Andres Velasquez, said that he proved that numerous final voting tallies had been altered, which allowed the pro-government candidate Justo Noguera to win. However, the Electoral Council hasn’t responded to calls for a possible review of the votes.

The opposition said that it will debate within the MUD whether it will participate and under what conditions in the mayoral elections.

In the meantime, President Nicolas Maduro has called upon his party members to win “all” of the country’s municipalities.