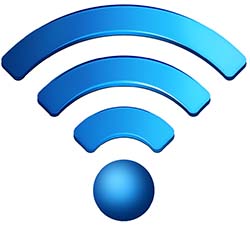 HAVANA TIMES — The Cuban monopoly telecommunication’s company ETECSA announces that an experimental WiFi conecction will become available in Santiago de Cuba during January. The price will be 4.50 CUC (5.00 USD) per hour, the equivalent of an average week’s salary on the island.

The news that WiFi will be installed at a locale near the Ferreiro Park in Cuba’s second largest city was given by the official journalist’s association, UPEC, on their website cubaperiodistas.cu.

Users will be allowed to upload and download files on their cell phones, tablets or laptops and the initial speed will be one megabyte per second, states the announcement.

Similar WiFi service exists at even higher prices at some hotels in Havana and Varadero.

Hackers able to obtain the corresponding passwords may also be able to make use of the service free of charge, as is already taking place in Havana.
—–
Editors Note: On Monday the Cuban state monopoly telecommunications company ETECSA contradicted UPEC stating that the only service to be offered would be the island’s limited Intranet not the global Internet network.  See: ETECSA Says No Wi-Fi with Internet in Santiago de Cuba