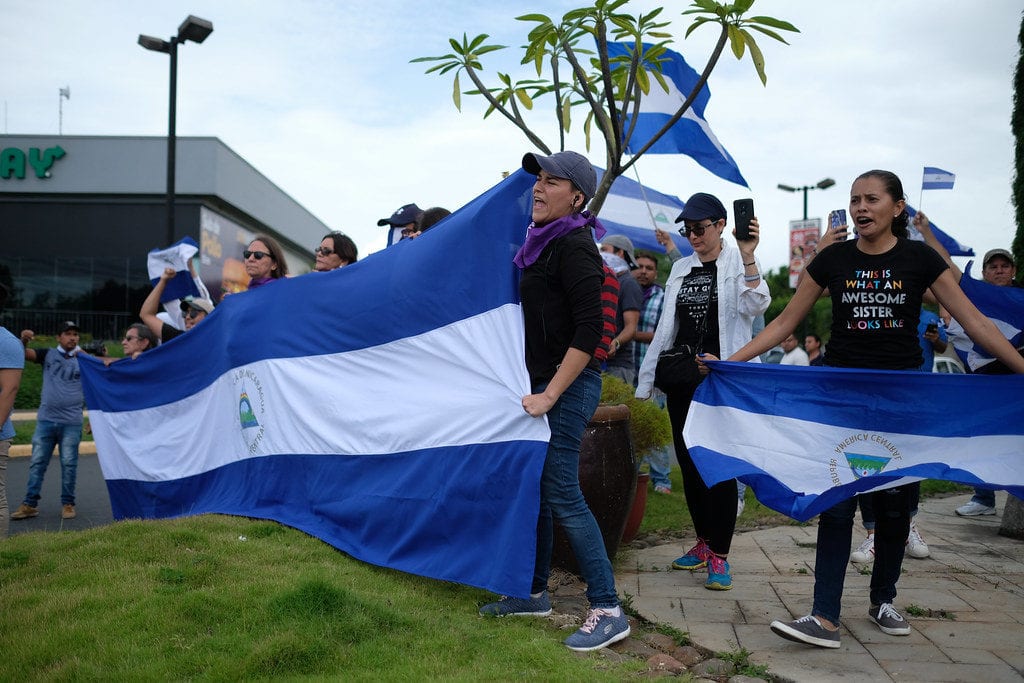 We need an “Action Committee” to which the coordination of the actions of the different movements and organizations is assigned.

HAVANA TIMES – I don’t know how much importance can be given to the refusal by Ortega-Murillo to continue with the dialogue. I think that at the international level the announcement will act like a boomerang that will fall on them. Many governments remained expectant on the outcome of those talks to decide how much pressure to apply to the regime. I think this move by the dictatorship will undoubtedly harm them.

So, why did they make that decision? Here is where we confirm the self-destructive, arrogant and almighty vision of the presidential couple that every day misgoverns us with displays of their vengeful and cruel spirit. It is also there that we can find the importance and danger of our own actions as a majority that repudiates them, since it is clear that this decision to cancel the dialogue has a domestic objective: the aim of confusing and subtracting authority from the forces that the people perceive as leaders of the resistance.

In this new period where the self-organized nature of the April 2018 uprising opened the eyes of diverse sectors [of Nicaraguan society] on the power they are capable of unleashing acting in unison. Now the repression of popular mobilization has shifted the struggle to the battleground of ideas and the wishes of each person.

Social networks have been the forum for people’s perceptions and proposals. What has been lost in the streets has been replaced by the voices and mutual criticism. In this enclosure in which they have put us with their surrounding armies of police and riot-police, the energy that was emanating against the dictatorship, has turned towards the collective. The dictatorship is no stranger to this phenomenon, but rather, with its Machiavellian machinations, is betting on just that. Unable to consider the debate as something positive, it rubs its hands believing that we are self-destroying.

The problem is that the dictatorship has the ability to transfer this perception to the population thanks to its media and control of the state. And it is the people that should interest us mainly. That population which sees events like those that took place [among some exiles] in Costa Rica, the accusations between the different groups and the absolute discrediting, as symptoms of division and disorder of those who they would expect to know how to conduct and point out new paths to express their discontent.

Whatever is said, the truth is that the democracy of power for each and every one will only be possible if we go through this stage and free ourselves of the dictatorship. It is a valid aspiration, but superior to our current capabilities. We cannot act together and reach what we are proposing if we are not able to agree on new organizational methods.

We need, besides an extended political representativeness, an “Action Committee” to which the coordination of the actions of the different movements and organizations is assigned. This does not mean that the feedback, proposals and collective criticism cease, but it does mean that we would have to give that body the capacity to make unity in action effective. It means that not 100% of the opposition will agree with each and every one of their actions.

This “action committee”—I use these terms so that it would not be confused with leadership, but as a nucleus capable of coordinating actions—, would have to be integrated according to the capabilities of its members and not only by political representativeness.

For representation, an extended Political Committee would have to be formed, with leaders of the Civic Alliance, the UNAB [Blue and White movement] and the “Articulacion” (of social movements) elected by them (since the real unity is still under construction), also incorporating the peasant sector, April Mothers, exiles, diaspora and other sectors. The action committee would be a kind of executive arm that should have participation in the Political Committee and a degree of creative autonomy.

Both the Action Committee and the Political Committee should have specific attributions and functions and in accordance with these be constituted with the most suitable people for them. The social networks could well form an internal filtered electoral machinery, where voting is based on proposals reasoned by the five or ten citizens who could best integrate it.

Although organizational modes are presented here as a contribution, the central issue is to insist on the need for the people to perceive us as organized. I think that to act to organize ourselves based on current needs and not what will happen once Ortega leaves, would lead us sooner to the unity in action that we require so that this homeland that we all love leaves the dark night that they want to impose on us through the use of force.

To keep up on events in Nicaragua visit: https://havanatimes.org/category/nicaragua/