Report from The Economist Intelligence Unit

Land takeovers are “aimed at undermining the national adversaries”. They discount the possibility that Ortega would risk expropriating foreigners. 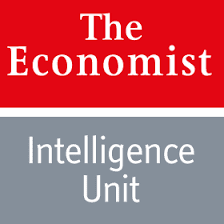 HAVANA TIMES – The regime of Daniel Ortega and Rosario Murillo won’t risk the international consequences of expropriating foreign citizens, according to the Economist Intelligence Unit (EIU) in its latest report on Nicaragua. The publication also reiterates that the only vulnerable point of the regime is the possibility of greater United States sanctions.

“The government’s most pressing priority will be to put the brakes on the ongoing economic deterioration but gaining investor confidence amid the political tension and lack of faith in the rule of law will be extremely challenging,” reasons the EIU, property of the British group “The Economist”.

In this sense, the report explains that the “risk of expropriation for foreign-owned companies continues to be limited,” since the government is a signatory to the CAFTA Free Trade Agreement between the US and Central America. This agreement protects foreign investors from expropriations.

“The Nicaraguan government won’t risk its membership in CAFTA, given Nicaragua’s confidence in an export-oriented development model,” affirms the British publication.

The EIU emphasizes that the land takeovers “have been a significant occurrence since the onset of the political crisis” in April 2018. However, according to the report: “[these expropriations] have had a limited scope and seem to be aimed at undermining the domestic opposition”.

The Union of Nicaraguan Agricultural Producers have denounced the fact that the regime has allowed 29 properties in seven of the country’s departments to remain illegally occupied. This represents an area of over 7,900 acres.

Michael Healy, president of Upanic, pointed out last April that the 29 properties belong to 18 citizens, 14 of them Nicaraguan and the other 4 U.S. citizens.

During the height of the 2018 crisis, Ortega sympathizers had taken over some 16,856 acres.

The British publication underlines the fact that the political risk continues to be “extremely high”, since the regime “is under increasing pressure from both national and international actors.”

On the international scene, the EIU highlights two key dates in June: the 20th and the 26th. On both, the regime could be sanctioned, meaning that Nicaragua would lose access to multilateral loans.

On June 20, the US State and Treasury departments will present to Congress a report on human rights and democracy in Nicaragua. “If they consider that the advances made on those fronts are insufficient, new sanctions could be applied,” the report notes.

On June 26, the General Assembly of the Organization of American States (OAS) will open in Medellin, Colombia. During this Assembly, the members “will consider applying the Inter-American Democratic Charter to Nicaragua, which would expel it from the regional organization”.

Despite this adverse political scenario, Ortega “shows no willingness to forge a negotiated solution to the crisis,” according to the publication, which adds that the presidential couple “has adopted an ever more authoritarian approach.”

“The presidential term limits have been eliminated, and the government exerts a strong influence over all the public institutions. The FSLN has utilized its legislative majority to strengthen the president’s powers, as well as the (already strong) state security apparatus,” the report states.

As in the previous analysis, the British center predicts that Ortega – or whoever he designates as a successor – will remain in power until 2022, when the term period ends. However, the report also clarifies that its prediction could fail in the face of hardening US sanctions.

“The political scene is highly volatile, and substantial risks exist for our predictions. One of the principal vulnerabilities of the Ortega regime is its exposure to actions from the United States,” the report highlights.

It recalls the fact that the US administration has already sanctioned high government functionaries, including Vice President and first lady Rosario Murillo.

In its latest round of sanctions in April 2019, the US Treasury Department also sanctioned Laureano Ortega Murillo, son of the ruling couple, as well as the financial arm of the regime, a banking institution known as BanCorp.

As a consequence of the US sanction, at the end of April, BanCorp informed the Nicaraguan Bank and Financial Institutions Superintendence of its definitive closure.