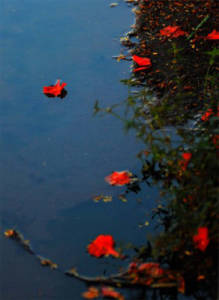 HAVANA TIMES — A few days ago I was walking around in downtown Guantanamo City. It was one of those days when you don’t want anybody to mess with you – for good or for bad; when you get bothered by the sun just as much as a rain, or when a car gets on your nerves the same as a loud airplane.

We all know that being in a bad mood doesn’t solve your problems, and we can see how much we Cubans laugh at our misfortunes as well as our disappointments. But there are times when not even the humor that characterizes us can save us from torment.

So there I was, thinking about how I was having a bad day, searching for some croquettes or something else cheap for dinner. This was when a girl slammed into me and dropped the cake she was carrying on the ground – or, better said, she dropped it all over me.

“Are you plain stupid?” she shouted angrily, as I tried to apologize – even though it wasn’t my fault.

“I’m sorry doesn’t mean anything,” she continued, “You’re sorry and I lost 100 pesos! Your apologies don’t help a damn thing. What am I going to do now?”

This nutcase wouldn’t stop yelling, and I had to check myself to keep from doing the same. I had to count to ten a couple times just to prevent myself from throwing what was left of the cake in her face.

“People walk down the street talking crap, not watching where they’re walking, and then they end up screwing up things for other folks,” she continued.

We were on a main downtown corner of the city and perhaps there was more than one other person in the immediate vicinity who knew me, but this heifer was too much. This woman was on the edge of a royal ass whooping. Either she was going to shut up or I’d have to make her shut up!

I couldn’t take any more, since I’d already taken a lot. I started heading towards her with intentions of giving her a shove, silencing her by force or killing the damn fool. I was ready to do all of that when suddenly she simply broke down crying.

Her tears stopped me. As if by magic I forgot her incendiary insults and unforgivably vicious behavior. I let her see that I was close by, but I didn’t say a word. I didn’t give a hand, but it was within reach.

After calming down she told me that the cake had been for her eldest son’s birthday and that she had spent the only money she had on it. Now she wouldn’t be able to give it to him and he wouldn’t forgive her. “He’s very demanding,” she said.

Unfortunately I only had one CUC in my pocket, but what had fallen on the ground must have cost her at least five.

I convinced her to buy another cake for a dollar. “They’re small, but they’re good quality,” I said. After going with her to the bakery I told her that if she couldn’t celebrate her son’s birthday the way that she wanted, it wasn’t her fault or anybody else’s, and that the best thing to do would be to explain it all to her child. No matter how demanding he was, he would understand, I assured her.

We parted without even knowing each other’s name, but I’m sure she won’t forget my frosting-covered face, just like I’ll never forget her sad and teary eyes.