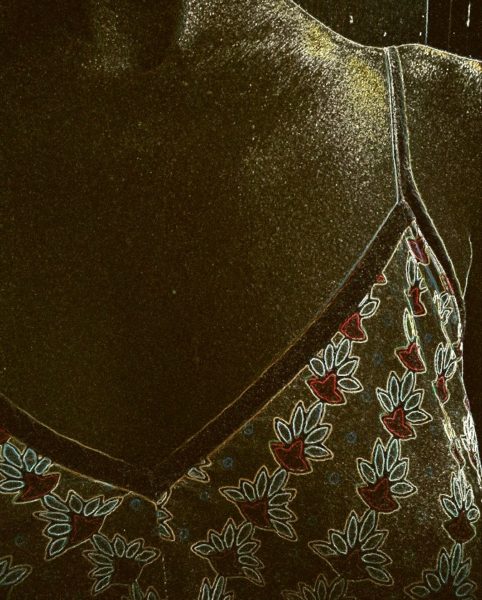 HAVANA TIMES – A girl’s passage to adolescence is normally complicated for many, especially the time when they discover their bodies begin to change. Sometimes, this discovery comes from another, and not always in the best way. Many men here sexually harass girls when they hit puberty.

According to many of these men, it’s an impulse driven by testosterone and they don’t even think about what they are doing, about the lasting psychological harm they provoke.  Some argue that many girls coax them.

They are experiencing hormonal changes and try to deal with this in the best way they can; an adult should always keep this in mind. There is no excuse when an adult forces them self on a minor.

He was a neighbor’s husband, my neighbor being the daughter of my mother’s friend and neighbor. I was barely 11 years old, my father had just passed away and I was vulnerable. When we ran into each other on the street, I could feel his eyes on me, I found it strange. It was as if I were offering him a candy he really liked, and I wasn’t offering him anything at all.

My petite frame emphasized the budding breasts that began to sprout from my chest, and I went to great lengths to try and hide them. But he would look at them and say things, phrases I didn’t understand in the beginning, and then later, things I didn’t want to understand.

I once asked my mother who that man was and she explained, but when she asked me why I wanted to know, I couldn’t tell her. This scene would play out many a time, my mother trying to find out and me coming up with anything else to hide the real answer. As I grew older, I learned that I had lost an opportunity to expose him, but I was too young to know why I couldn’t bring myself to say anything.

One day, we crossed each other on the stairs, he lived in the building opposite and I was surprised to find him in mine; my nerves were shot. Passing by me, he came really close to me, almost brushing me and whispered in my ear that it was time I wore a bra because I was provoking him, that he was going to give me some as a gift if my mother couldn’t buy them.

I managed to get out of being cornered or he let me, I can’t remember now, but I didn’t want to go for a walk anymore… I went back home and locked myself in.  From that moment on, every time I had to leave the house, I would go out onto the balcony several times, looking in every direction. If I saw him, I would walk in the opposite direction even if it meant me going out of my way.

Until the day came when we ran into each other again, on the street. I was walking with a friend and he just winked at me. My friend was happy that a man with such beautiful eyes would greet us, I hadn’t even realized he had blue eyes, he was an eyesore to me.

What my friend didn’t know is that he had pinched my breast as he walked past. I was so ashamed that I didn’t utter a word when I felt his hands on me and I was shocked that he would do it in front of everyone, so blatantly.

He harassed me on the street for years, looking at me, gesturing to me… He was with his wife many of the times we ran into each other, but he always found a way to do something and for his wife not to notice.

After a while, a friend told me that there was a hot guy on my block who said things to her and I later discovered who it was. He wasn’t only doing it with me, that relieved me a little, I still don’t know why; maybe because I didn’t feel so alone, although I didn’t tell her what he did to me at that time.

Years went by and I stopped seeing him, he had moved luckily for me. Until he ran into me again one day. He was walking with two young men and he immediately came up to me. This time, his face didn’t brim with lust but disappointment: “where are those beautiful titties? She was really promising but she stopped growing,” and the young men burst out laughing. I didn’t know where to look, I didn’t understand why this person wouldn’t leave me alone and I didn’t have the courage to say anything.

His wife later died in an accident and I don’t know whether I should tell everyone what he did or whether it was a good thing she went without ever knowing.  But I’ve never seen him again. Years have passed, I’ve been an adult for a while now and yet, the few times I wear tight-fitting clothers, I curve over a little to hide my breasts.
—–
And you? Have you ever suffered any sexual violence? Do you think telling your experience will alert other people and help educate them that violence is NOT normal?  If so, write us at: [email protected] or [email protected]