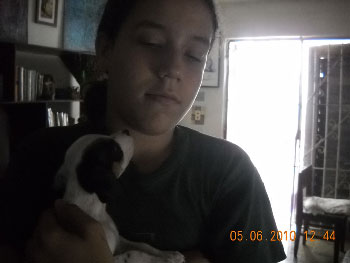 HAVANA TIMES — My current situation is not exactly something I can be proud of: I dropped out of high school. The only learning materials I have at my disposal, today, are the books I read and some films I watch.

I thought of signing up for a course at a Computer Club, but it only offered a course on microprocessor management (an area I am already well versed in) and one on the use of a version of Power Point that is so out of date it doesn’t even run on my computer, which is far from being cutting edge technology.

In any event, the Power Point course I took in junior high was a complete disappointment, for we would actually study for thirty minutes of the three hours of class time. The rest of the time was devoted to playing games I wasn’t even interested in.

The days pass, sometimes far too slowly, as I wait to turn seventeen and be entitled to complete the 12th grade at a continuing education school.

There, I will be classmates with a friend who dropped out of the school I initially wanted to enroll in: a vocational institute specializing in computer sciences. He didn’t drop out because he didn’t like the school but because, while in second year, he found out that he wouldn’t even have the equivalent of a high school diploma after four years of study there. I hear that only last year, students who graduated from that vocational school were entitled to take university entrance exams.

They say they’ve made these changes because they are trying to discourage university enrollment.

Most of my junior high buddies opted for vocational schools where you learn next to nothing. They skip classes up to three times a week, because they throw “pajama” or LAN parties (all-night, multiplayer game matches played over computer networks).

Sometimes, they rent out videogame venues, play all night and skip classes the next day. When things at school start to get tense, they pay to get the answers to the exams.

Some of them make money collecting bets for the local (and illegal) neighborhood lottery. One of my former classmates is studying to become a mechanic. I pity the car that falls prey to him.

For my part, I have no regrets. My opinion about university today is nothing like the one I had while I was still in primary school. I may not materialize the dreams I had then, but I will set new goals for myself.

To start with, I will begin a film editing course tomorrow. I know I have to upgrade my computer a lot to be able to do this, but one of my dreams is to produce and edit films, even animated movies like those of Miyasaki.

Though I sometimes meet up with this or that former classmate, anything having to do with high school is slowly losing importance for me and my interest in such matters is fading away.

I don’t know whether I will continue to write these posts as regularly or not – I can only wish I won’t lose interest in doing so.