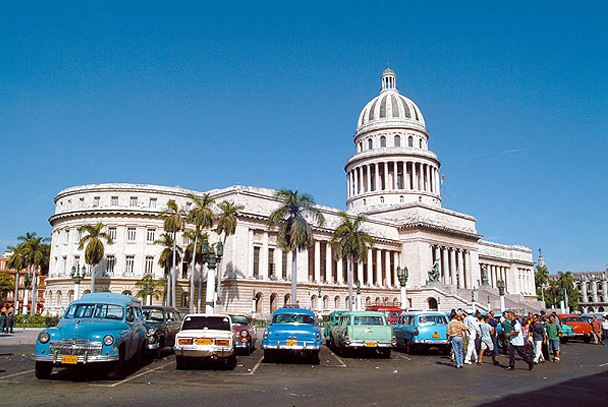 HAVANA TIMES – In the 1990s, selecting international tourism as one of the main branches that would sustain the Cuban economy was a bold move. It was an extremely adverse idea for Cuba at the time.

Since then the development of international tourism has contributed between 50 and 55 billion pesos in convertible currency (=USD) in the last three decades (1990 – 2019). In those  almost 30 years, of the income collected by the various sectors — exports, remittances, medical services abroad, etc. — one of every five pesos in convertible currency was contributed by the tourism sector.

In its transformation and growth, international tourism has facilitated the creation of 300,000 jobs within the sector itself and also in related branches, both in the state and in the private sphere. In those years, 60 million people have visited Cuba, mostly as tourists and exposed to the truth about this nation and its people. New areas, such as the paradisiacal keys and northern Holguin, have been actively integrated into the country and its society.

On the eve of the collapse of socialism in Europe, conditions for international tourism were not favorable. Sixty-five percent of the Caribbean market was made up of tourists from the United States who could not visit Cuba and only 12 airlines were flying to the country at the time. President Ronald Reagan was making it difficult for the Island with his anti-Cuban team, giving his full support to the creation of the Cuban American National Foundation and helping to finance Radio and TV Martí as weapons of the war against the Island. Reagan’s vice president, George H.W. Bush, pressured Soviet President Gorbachev to eliminate military and economic aid to Cuba. The United States Security Council and the CIA also devised anti-Cuban operations in the international banking system.

When first begun, some Cuban government leaders were opposed to the development of international tourism. However, the government had ordered back to Cuba companies that were building in Africa, which were then employed in Varadero, while stone paths were placed linking the beautiful north-central keys to the largest of the islands.

At that time the Cuban armed forces began to rationalize their organizations and in some cases began the development of tourism facilities, especially in Holguin. A strategic and intelligent decision was opening new opportunities created for international hotel companies, which had strong operational ties with the big tour operators and airlines.

Undoubtedly, the signing of hotel administration contracts, started in 1989, was successful providing increased benefits to Cuba. But it has also been beneficial for foreign hotel management chains.The country acquired, in the short term, hotel management knowledge and skills transmitted by foreign managers.

Visitor deals were made known through the promotion and sales channels of the management companies and the huge network of travel agencies linked to the large tour operators, closely related to international hotel chains and the establishment of new flights by air travel companies. Currently 68 international airlines link Cuba with 70 cities in the world.

Over the past 29 years the policy of administrative contracts has been successful. More than 300 were signed in Cuba. Some hotels have operated under five or six different contracts of this type, and run by foreign managements. There are cases where hotel operators enter the Cuban market, manage hotels for a period of time, and then exit.

Part of the investment resources in the tourism sector have been obtained by international loans to Cuban entities, backed by international hotel chains operating in Cuba. This has been a positive practice since this process began. Two major loans have been announced recently for the repair of the Habana Riviera and Habana Libre hotels.

During this period of time more than 5 billion pesos were invested in new hotels. Foreign investment contributed a modest part, 4 percent. If all infrastructure investment is added, in which there was no foreign participation, it can be specified that foreign investment has financed 2 percent of all investment in tourism. Therefore almost all of the investment in hotels has been financed through Cuban sources.

I cite the previous paragraph because tourism is erroneously cited as one of the sectors in the Cuban economy that has received the highest volume of foreign investment. These figures demonstrate how little has been invested by foreigners to develop international tourism in Cuba. Some of the foreign investors who did contribute at the beginning subsequently have sold their participation to other foreign entities.

In May 2017, during the South American Conference on Investment in Hospitality and Tourism held in Havana, it was learned that Cubanacan, a hotel division of the Cuban government, had nine mixed companies in process. But so far there is no information on the operation of any of them.

Also, for 10 years the Cuban Government instructed the Ministry of Tourism to advance in the creation of joint ventures in which investment in real estate development were combined with modern golf courses. None of the projects has come to fruition yet. It has been necessary to remove obstacles from Cuban legislation on land ownership and other related issues. Thus, five or six joint ventures in golf complexes are still being negotiated.

Since the 1990s, temporary mixed partnerships with foreign construction companies have built new hotels. Initially it was necessary to use foreign projects because of the lack of knowledge of the modern hotel requirements in such a competitive market. As experiences and knowledge were acquired, the new investments were made internally and prepared by Cuban architecture and engineering companies.

The exact amount of foreign investment in the private sector (by family and friends abroad, as well as undeclared foreign partners) is not known. But taking into account rental rooms — in 2019 there were 26,224 private rooms for rent — as well as the private restaurants (paladares) and the hundreds of rebuilt cars, one can tentatively calculate an investment figure close to 500 million convertible pesos. A figure that is twice as big as foreign investment in the state sector.

But foreign participation has had great importance in the development of international tourism in Cuba in four areas:

So we can conclude that development of tourism for the past three decades has been financed almost entirely with national resources. The results and performance of these investments have been good and the decisions taken sound at a time when external conditions were bad and the tourism infrastructure was poor.
—–
Miguel Alejandro Figueras is a Doctor of Economic Sciences, researcher and professor at the University of Havana. He was awarded the National Economy Prize in 2007.