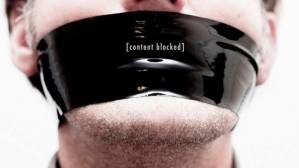 HAVANA TIMES — Those who punish journalists for publishing the truth promote lies, shams and double standards. They’ve taken away the Cuban people’s right to access true information, which makes it easy to manipulate them.

The Cuban Revolution, when it was still a child, told the Cuban people not to believe, but to read. Decades afterwards, the bureaucracy that has sprouted from its womb appears to be determined to censor what people write, in order to limit those who can now read.

What happened to my colleague Jose Ramirez in Holguin is an enlightening example. His crime was publishing the words of Granma newspaper’s assistant director in full, where Karina Marron criticized the way the media was being handled, which national media had only published some “light” excerpts from.

They accuse him of making public information from a meeting held by the Cuban Journalists Association (UPEC) and we have to ask, why are the discussions held by a professional association secret? Are they afraid that the enemy will find out that the Cuban media doesn’t work as it should?

If national media belongs to the people, then hiding their problems, debates and inner criticisms could be considered defrauding its rightful owner, that is to say the 11 million Cubans who, furthermore, finance it.

What’s the danger in revealing what the UPEC discusses? It’s not like it’s the Revolutionary Armed Forces discussion of a defense strategy. What journalism related debate could affect Cuba’s national security?

They accuse Jose of publishing this content without Karina’s permission, but did he really have to ask her for permission? If somebody makes statements of national interest that they don’t want published, then they should state that they are “off the record”, otherwise they can be used in the media.

The speech was given by none other than the Assistant Director of the Communist Party’s official newspaper at a meeting attended by dozens of journalists and UPEC officials.  Why then do they have to hide this from the Cuban people?

They claim that Jose is responsible for publishing critical statements on his blog and on social media without getting permission from the director of the media organization where he worked. This is the contradiction, if we’re talking about a “personal blog”, why do you have to ask your boss’ permission at work?

What seems to be happening is that censorship is expanding to cyberspace. They started with an ideological war against non-government media. “They’re working for the enemy,” the extremist government’s spokespeople said when they gave a tour of the country’s universities but nobody took them seriously.

Young people continued to write in these non-government media spaces. However, the Defenders of the Faith haven’t stopped there; they’ll make people understand by hook or by crook, so they’ve banned people from writing for government media and “alternative” ones at the same time.

Some young people gave up non-government media, others abandoned government media, some emigrated and there are some people who continue to work for both, laughing in the face of this ban. The power of the government’s censors isn’t what it used to be but it also shouldn’t be underestimated.

They claimed that “alternative” media answered to an enemy strategy but when they leave a Cuban journalist unemployed because of what he posted on his personal blog, they’re showing that “the enemy” is just an excuse for them to extend their powers to cyberspace.

They’ve already tried to do this before, when they cut internet access to the blog La Joven Cuba. They shot themselves in the foot that time because very important Cuban celebrities both on and off the island stepped in to stop the authors from being burnt at the stake.

Karina Marron doesn’t work for the “enemy” and Jose Ramirez isn’t a correspondent for Radio Marti. They are Cuban journalists, young people who stay in Cuba in spite of the government’s irrational information policy and salaries which don’t even let them live to the middle of the month.

Surely, they hope that Cuban socialism can be prosperous and the media be rational one day. Stigmatizing young people because they say what they think and publish, drives them to emigrate much more than the US’ Cuban Adjustment Act.

There will be no political leaders in the future otherwise, the only thing they can do is plant the seeds of socialism in the youngest of souls but they need room to grow, that their voice is heard and allowed to exercise the power that one day, inevitably, will be in their hands.

It was young people who rose up in the countryside, who overthrew the dictators Machado and Batista, who ended the Platt Amendment, who made the country literate, who built biotechnology and who heal hundreds of thousands of people all over the world.

Cuba doesn’t need to be afraid of its youth, on the contrary, it should protect them, stop them from being punished for being authentic or wanting to build a better society, which is the healthiest instinct a young person can have.

An old Latin American guerrilla fighter once said that young people without rebelliousness is premature submissiveness. Punishing young people for being brave and saying what they think is to hand the reins of the country over to the castrators, those who can only convert Cuba into a sterile nation.

One thought on “Alienating Young Cuban Professionals for No Good Reason”