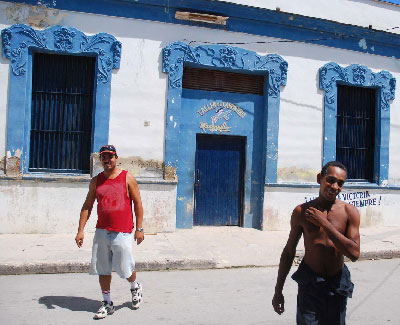 HAVANA TIMES — Many black people and persons of mixed racial background in Cuba believe that a change in the country’s political system is needed to improve the lives of this non-white sector of the population, which today continues to endure stereotypes, discrimination and racism.

For more than three centuries, Cuba’s black and mixed race population suffered the onslaught of racial stereotypes, discrimination and racism. No government of the republican period (post 1902), save Fulgencio Batista’s, which demagogically opened the doors of the country’s armed forces to this sector of the population, did absolutely anything for them.

The reason was not that these governments were unaware of the problem. During his presidential campaign, Carlos Prio Socarras made the cause of black people his own in a speech delivered at Havana’s Club Atenas, but did nothing once in office.

Before the “war” of 1912, black people and mixed race persons had patiently waited for each new government to bring some measure of improvement to their situation on the island.

But, even though this sector already represented over 30% of Cuba’s voting population at the time, nothing was ever done: once the presidential campaigns were over, as I’ve written many times, all of their demands were put “on the backburner”.

The revolutionary government, which came to power in 1959, was the first to seriously address the problems faced by black and mixed race peoples and the poor in general.

So, when I hear black people say that a change in Cuba’s current political system would benefit this sector of the population, I can only feel sorry for them for their historical ignorance.

What do people mean when they speak of a change in Cuba’s current political system? Does it mean, among other things, that those biding their time in Miami should return and take power in Cuba, bringing back the racism that prevailed on the island before 1959 and is today openly practiced in their Miami community? 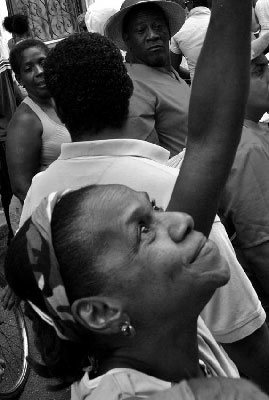 Even Carlos Moore, a supporter of the idea that a regime change in Cuba is needed, has spoken against this on numerous occasions, incurring the deep animosity of Miami’s white Cuban Americans. This is because he knows that the immense majority of the members of this community are consummate racists.

Where in this hemisphere which includes the United States, the country with the world’s most powerful black middle class, are black people best off in terms of what they have gained historically, if not in today’s Cuba?

On the basis of what model, drawn from any system in today’s world, can we be justified in saying that the lives of black people could improve through a change in Cuba’s political system? When, before the revolution, did black people have the right to employment, equal salaries, and free education and healthcare, to name a few of the things they enjoy in Cuba today? Where in the world today is this a widespread phenomenon among non-whites?

It is true that Cuba’s current political system is still fraught with deficiencies and imperfections, that wealth hasn’t yet been distributed as we’d hoped, that access to employment opportunities is still not the same for blacks and whites (see my recent article for Havana Times).

These facts, which suggest that racial discrimination and racism still exist in Cuba, are not part of a historical burden the country still shoulders, but the result of these imperfections, which Cuban society has not yet managed to eradicate.

Acknowledging that pending agenda is one thing while another is saying that this means that these imperfections will be eliminated by renouncing socialism, a system which, in spite of its problems, continues to be the only one that has secured for black people, on a massive scale, what no other has yet offered them anywhere in the world.

It is a question of perfecting and expanding the system through which our social situation has improved, not of eliminating it. The latter would be a fool’s solution to our problems.

Suffice is to observe the struggle of the nearly 140 million African descendants scattered across Latin America. For nearly all of them, the achievements Cuba can boast of continue to be unreached goals, rights that Cuba has already secured for blacks and that today only struggles to preserve and broaden in scope.

In their alleged struggle against racism in Cuba, these critics, whom I am tempted to call the “racial Right”, often wear a “mask” to conceal their real objective, which is nothing other than deploying the issue of race as part of the subversive political campaign aimed at a “regime change” in Cuba which the United States supports. 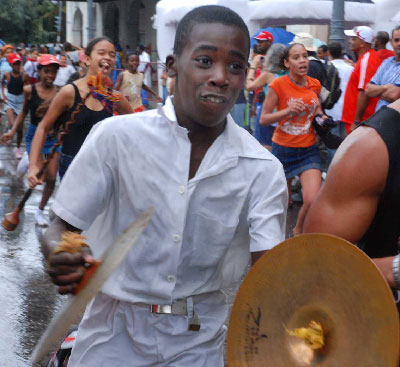 The truth is, these black people are not engaged in a struggle against racism and racial discrimination in Cuba; they are, rather, the “blacklegs”, the “fifth column” of the United States’ current Cuba policy.

The chief commitment of these individuals is not the struggle against racism and racial discrimination in Cuba, but the United States’ anti-Cuba policies. They merely use racial issues as a kind of “umbrella” or cover for their actions.

I believe these individuals are also smart enough to have realized that their thesis that Cuba’s racial problems could be solved through a “regime change” cannot be defended, neither historically or politically.

The immense majority of black people in Cuba know this well and won’t be seduced by the “siren-songs” of the counterrevolutionary racial Right.

The racial Right would have us believe that black people who have been imprisoned in Cuba for common crimes are activists engaged in a civil rights struggle. Its members are also allies of the Ladies in White and establish political parties and organizations to oppose the Cuban government.

They identify with the interests of U.S. policy in order to get their hands on USAID money and enjoy the privileges afforded by the US Interests Section in Cuba.

They must lay their cards on the table, once and for all, and reveal their true political affinities and intentions, and not use the issue of race as a standard and cover, to pretend to be engaged in a struggle which isn’t theirs, for they are ultimately mere defenders of the idea that capitalism, that same system which never did anything for black and mixed race people in Cuba, ought to return to the island.

14 thoughts on “Blacks and the System in Cuba”