HAVANA TIMES — Thirteen Days, Bobby Kennedy’s memoir of the Cuban missile crisis, is the inside story of the most nerve-shattering two weeks in human history. It tells how the Soviet Union, spinning “one gigantic fabric of lies,” smuggled half of its entire stockpile of intercontinental ballistic missiles onto our island enemy a mere ninety miles south of Florida. It recaptures the dread our nation felt in realizing that “within a few minutes of their being fired eighty million US citizens would be dead.” It reminds us that in the final days of October 1962, the world abruptly found itself poised at a crossroads where Armageddon seemed not just possible, but likely.

Fortunately, the USA’s most lionhearted men took charge. Deliberating around an egg-shaped table in the president’s cabinet room, with George Washington peering down from his picture frame, steely-eyed peacemakers outargued and outvoted fire-breathing generals. There would be no bombing raids on the missiles and no invasion of the Communist archipelago. We would begin with a naval blockade, keeping out new weapons and demanding the withdrawal of those already there. But would the Soviet vessels steaming toward our armada of warships reverse course?

“We’re eyeball to eyeball, and I think the other fellow just blinked,” Secretary of State Dean Rusk declared when the blockade held and the Soviets acquiesced to U.S. demands. So riveting was the tale Bobby told, and so artful was his narration, that it became the basis not just for the acclaimed docudrama Missiles of October, but for how a generation of Americans understood its scariest moment. A generation of Russians, too.

His story, however, is laced with fictions. As with much of Bobby’s public take on history, Thirteen Days is a fundamentally self-serving account that casts him as the champion dove he would like to have been, rather than the unrelenting hawk he actually was through much of those two weeks. To reinforce that scenario, he mischaracterized many of his fellow deliberators and concealed the fact that U.S. leaders had ignored repeated warnings about the Russian missile buildup. It was the kind of embellishment and misdirection that might be excused if the consequences hadn’t unsettled America’s foreign policy for years to come. It also was the sort of skillful myth building that Bobby had learned from mentors like Joe Kennedy and Joe McCarthy.

The biggest deceit in Bobby’s narrative of the missile crisis is his failure to level with readers about how we got into it. The actual confrontation wasn’t a story of the devious Russians acting out of the blue and guileless United States responding with what Bobby called “shocked incredulity.” The buildup was a predictable response to U.S. aggression.

In April 1961, just three months after President Kennedy’s inauguration, we had armed, trained, and bankrolled an army of émigrés who tried to reclaim Cuba by staging an invasion at a swampy inlet on its southern coast known as Bahía de Cochinos, or the Bay of Pigs. When that failed, Bobby personally steered a campaign to sabotage Cuban agriculture, incite political upheaval, and chart new schemes for invading the island and deposing its leaders. The myopic attorney general failed to consider how his plotting would be perceived in Havana and Moscow. Cuban prime minister Fidel Castro logically concluded that the United States was hell-bent on eliminating his regime.[1]

It was foreseeable that his primary protector, Soviet premier Nikita Khrushchev, would come to his aid, especially when doing so would underscore Soviet resolve in other Cold War hot spots like Berlin and Laos. “We had to think up some way of confronting America with more than words. . . . The logical answer was missiles,” Khrushchev wrote in a memoir spirited to the West for publication in 1970. “The installation of our missiles in Cuba would, I thought, restrain the United States from precipitous military action against Castro’s government.” It worked. The U.S. should have understood that sort of gambit, since we had signed similar mutual defense pacts—backed up by nuclear weapons—with our allies in Europe. 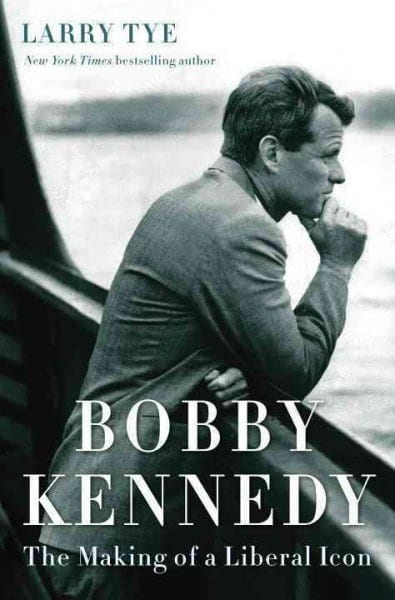 While the Cuban missile crisis wasn’t Bobby’s shining moment, as his book suggested, it did transform him. He hadn’t yet shed his cold-warrior instincts, but spending thirteen days on the brink of extinction sobered him forever. He proved so adept at appropriating other men’s wise ideas that it barely mattered how few were his own. He learned as he went, as he had in Montgomery and Oxford, with the same growing pains. His foreign policy portfolio, which was there from the beginning of the administration, swelled in a way not seen before or since in the office of the attorney general.

The change that mattered most, yet was least noticed at the time, was how those two weeks in October helped Bobby become his own man even as he continued serving as his brother’s adjutant. That process of separation and self-realization had started with his father’s stroke ten months earlier and would accelerate with the death of his brother fourteen months later.

“Exposure to danger strips away the protective covering with which each of us guards his inner thoughts—it quickly and dramatically displays a man’s character,” Robert McNamara, the secretary of defense back then, wrote in an introduction to Bobby’s book. The missile crisis had precisely that effect on the attorney general. He perceived more clearly than ever the essential parts he played for Jack—as sounding board and stand-in, guardian and conscience—and imagined in a way he never had before one more role for himself: successor.
——
[1].  Former defense secretary Robert McNamara would concede the point at a conference in Havana in 1992 attended by Castro as well as his former Soviet allies and American foes. Based on the Bay of Pigs attack, U.S.-backed covert operations, and the bellicose anti-Castro voices in Washington, the former defense secretary said, “If I had been a Cuban leader, I think I might have expected a U.S. invasion” (Blanton, “Cuban Missile Crisis Isn’t What It Used to Be,” Cold War International History Project Bulletin).

*Larry Tye is the author of seven books, including Bobby Kennedy: The Making of a Liberal Icon, which is now available from Random House, local bookstores and Amazon.com