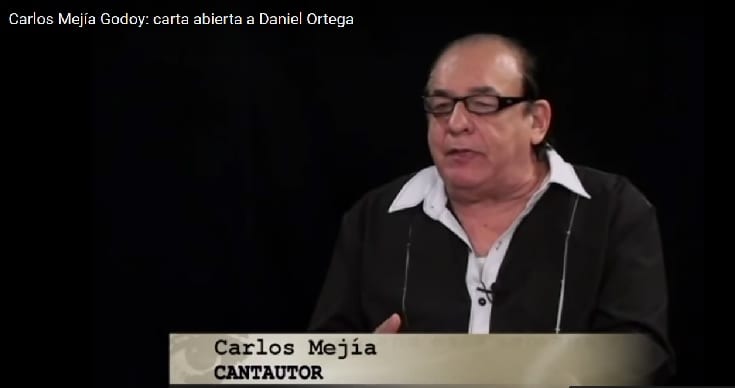 In the name of the Christianity which you constantly invoke, I beseech you – once more- stop this hell unleashed against the people

HAVANA TIMES – Daniel: One year ago, you appeared on television talking about peace and love; and in that same moment, without your batting an eye, your assassins were attacking with lethal weapons the UNAN university students seeking refuge in the Church of Divine Mercy (Iglesia de la Divina Misericordia).

In it I asked only one thing – in the name of God – that you end the killing of my unarmed people. And, amid my desperation and impotence, I remembered a conversation I had with your father who, for his historical importance, had an impact on my life.

I never dreamed that my letter would be become so shared within Nicaragua and abroad. I would have liked to have read that letter to you while looking you in the eye but those in the Human Rights circles insisted that I abandon the country as soon as possible. And against my wishes, like Antonio Machado, I “left short on luggage on the road to exile”.

Let’s see, Daniel. I’d like to ask you – what does it feel like to arrive once again at the 19th of July and realize that, 40 years after that glorious date, we have gone back in time to the stone age? Or do you continue to believe, looking down from the messianic summit, that you can still put your terminally ill revolution on life support?

Have you taken the time to listen to Irlanda Jerez’ declarations in which she gives chilling details of the atrocities inside the “El Chipote” jail or the women’s prison, La Esperanza? Irlanda has revealed that when your professionally advised “specialists” were physically and psychologically torturing her, she told them with, clarity and bravery, “Do you really think that I am the prisoner? The prisoners are you yourselves, imprisoned in your own human misery.”

And talking about comparisons, Daniel, when you took a look at the Church of the Divine Mercy, did you remember the events of “Las Delicias del Volga”, where Julio Buitrago, and he alone, with his pistol, faced Somoza’s hoards until the house was filled with smoke?

I don’t know if that house still exists; but the bullet holes that perforate your conscience will never disappear, and as your father said in quoting Báez Bone, they will accompany you to the end of your days.

Daniel, I don’t know how this chaos into which you’ve submerged our Nicaragua will end. I, like millions of Nicaraguans, want only peace with justice. Personally, on principal, I reject summary judgments, the bastard children of hatred and revenge.

I have seen a documentary on the pathetic end of the Ceau?escu’s in communist Romania. The same personal guards who each morning put red roses in the couple’s office, were responsible for preventing their escape. In that tragic epilogue, the sublime First Lady screamed at the top of her lungs, ordering the presence of her loyal vassals. The response was a mortal burst of gunfire, closing another chapter of the so-called real socialism of Eastern Europe.

Daniel Ortega. He who writes you is not a brainy political specialist nor an eminent United Nations functionary. I don’t possess the verbosity of your National Assembly Representatives, nor the stature of your Foreign Minister. I’m just a stubborn singer, nurtured by the vitality of our generation to write those songs that you’ve altered into something totally different.

In the name of the Christianity that you constantly invoke, I beseech you – once more – stop this hell against the people who, at one time, believed in your leadership capacity and your intelligence as a Statesman.

Don’t block and undermine the will of God. During moments of reflection, between now and 2021, it would benefit you to remain clear on this point: history teaches us that the count-down eventually catches up with all tyrants in equal measure. With all of them, without exception!

The ball’s in your court.