Address delivered at the International “Roads Towards Democracy in Cuba” Conference, organized by the Konrad Adenauer Foundation – December 3 and 4, 2014, Mexico. 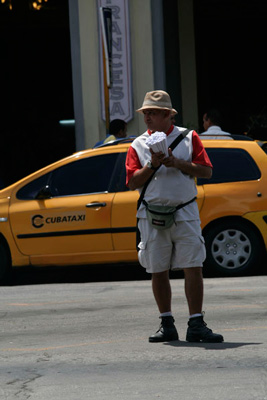 HAVANA TIMES — I want to begin by thanking the Konrad Adenauer Foundation for organizing this gathering – a gathering that could be of great importance for Cuba’s future – and for inviting me to sketch out some basic points on the issue I was asked to address.

As many of you know, my point of departure is democratic socialism. As many of us have explained repeatedly, we believe that without the democratization of politics and the socialization of the economy, no socialism is possible. The series of concepts behind this have nothing to do with Stalinism, “Marxism-Leninism” or so-called State socialism, archaic postures that some continue to cling to and defend at all costs.

On the issue of changes in Cuba, we can speak about statements and realities that do not appear to match. If the statements in question were to be implemented in a coherent and comprehensive manner, without the limitations imposed upon them by the centralized State and free from the many existing restrictions and regulations, they could well lead to important socio-economic changes.

The changes envisaged as part of what has been called the “updating of Cuba’s economic model” are not related to what we could call the necessary process of democratization that could lead to significant changes to the island’s political system.

In this sense, the most significant declaration was made by Raul Castro, who claimed he would step down at the conclusion of his term in office, without specifying whether changes to the country’s political and electoral system would ensue.

That said, as a consequence of the “reform process” and since Fidel Castro’s brother became the highest authority in the government/Party/State, a number of absurd prohibitions and regulations that now secure profits for the State economy (such as those applied to mobile phones, access to tourist facilities by Cubans, new migratory laws, the redistribution of land and limited facilities for self-employment and cooperatives) have been lifted.

These “reforms” have loosened some of the screws of what we refer to as the “internal blockade” and have made the lives of some people, who have incomes higher than those normally received by State employees, easier.

Of course, one of the aims of these “changes” has been to give the world the sense that Cuba is undergoing reforms, in order to facilitate the insertion of the island’s State economy into the international arena, with a view to modifying Europe’s “common position” and the US embargo/blockade in particular, and securing access to international capital. 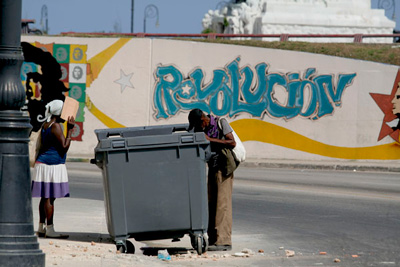 It is no secret that Cuba’s State economy continues to face tough times – all the worse since the fall of the Soviet Union and the “socialist bloc” – despite the aid that Venezuelan oil and the sale of medical and professional services abroad may represent (neither of which could ever match the previous aid).

Despite such foreign “aid,” the State socialist model, which conceals a kind of State monopoly capitalism, has proven economically and socially unviable, characterized by an inability to incentivize workers and production, an unwieldy bureaucracy that depredates all budgets, a divorce from economic and market laws and countless other, well-documented features.

Within the government, where the non-State economy for which limited spaces have opened up is considered an auxiliary sector, no few officials believe that significant inflows of foreign capital could save the State wage system. The new investment and labor laws, however, do not seem to provide the guarantees demanded by foreign investment capital, nor do they allow for the direct hiring of the country’s workforce, owing to a State that acts as an intermediary and, by taking a considerable part of worker wages, limits the effectiveness of these laws.

As I see it, there is a fair degree of contradiction between the ends and means of the “reform process”, and this is caused by the persistence of the traditional mindset that has characterized a failed form of “socialism” and permeates all levels of the bureaucracy and the Party’s political apparatus, where it is feared that eventual changes to the way the State controls all aspects of the economy and politics could lead to a loss of the power they have wielded to date.

This fear stems from the logic behind the violent actions carried out by part of the opposition for many years, the threat of the use of force made by previous US administrations and the persistence of the embargo policy, which in fact represents a violent form of international relations – a failed and counterproductive strategy supported only by the fringe of the internal and external opposition.

As we all know, violence engenders more violence, and the cycle of violence that Cubans continue to be the victims of has its roots in Spain’s colonial system, in the national power struggles and the fight against foreign intervention during the first 70 years of the past century. We should do nothing to prolong such struggles. 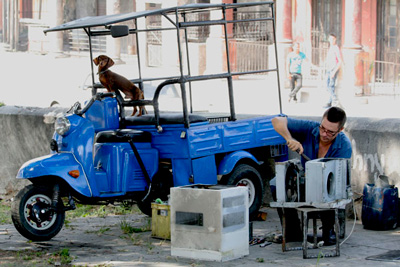 The “city under siege” mentality cannot be changed with more threats or pressure, and much less with violence. I of course do not mean to justify the use of force by the Cuban government by referring to the existence of this other violence, for all violence, no matter where it comes from or the way in which it is practiced, is always reprehensible.

Despite these circumstances, several of the stated aims of the “reform process”, such as greater freedom for the self-employed, cooperatives and foreign investment, new changes to the migratory laws, the elimination of the two-currency system, more autonomy for State companies, the elimination of State entrepreneurs, modifications to the constitution and others, free from the perspectives and limitations of old, could lead to significant changes in the country.

This opportunity should not be missed by those interested in any scenario in which true changes towards the democratization of the country’s politics and economy are to take place.

The policies of isolation, international pressure and aggressive and insulting language that have traditionally been applied can only help strengthen the positions of those opposed to turning the “reformist” discourse into effective laws and measures that could lead to the much-needed democratization of Cuba’s political and economic system – a process that, whether we like it or not, must be endorsed by forces within the government in order to be viable.

The limited changes that are taking place within Cuban society under the aegis of the “reform” process, if understood as something more than a government maneuver aimed at improving Cuba’s international prestige and regarded as an opportunity to impel alternative socio-economic dynamics in the country, could and should be given a push by the traditional opposition, all of Cuba’s civil society and the international community.

What everyone can or ought to do is something each of us must decide on the basis of our conscience, our abilities and possibilities.

To be effective, any effort in this direction should be consistently democratic and peaceful, seeking to overcome divisions and to establish exchange and cooperation, as well as eliminate the aggressive and threatening rhetoric of international economic and political pressures.

2 thoughts on “Changes in Cuba: Just for Show?”