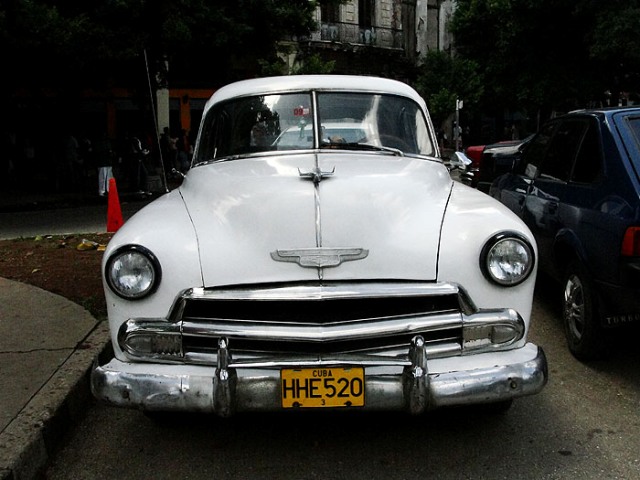 HAVANA TIMES, Oct. 18 — The Cuban government recently relaxed laws concerning the purchase and sale of automobiles on the island, Not surprisingly, it did this through a decree (No. 292) and without real parliamentary input, demonstrating that governance continues to be executed through executive action.  Therefore it doesn’t seem that the “updating” of the system by the general/president will affect this approach to governing.

So he did it, providing subject matter for pro-government bloggers, saying that he took into account the demands raised in the nationwide discussion of the “Guidelines” – but refining them, interpreting them and reinforcing them.  An authentic exercise in democracy.

The pre-existing situation was dire: thousands of vehicles were being sold without legal contracts, meaning that sales were being made based on handshakes between strangers or backed by the recourse of violence in the event of an agreement being breached.

Other cars were being rented under these same conditions or simply parked in garages as past glories, along with international medals and diplomas from workers’ training programs.

In this sense the decree introduces greater rationality to the disorder that existed. First, it provides more flexible regulations with respect to cars now in use, which are mainly the thousands of Russian “Ladas” and “Moskovichs” in the country, each with more than 20 years of abuse and that had at one time served to reward achievement and loyalty. 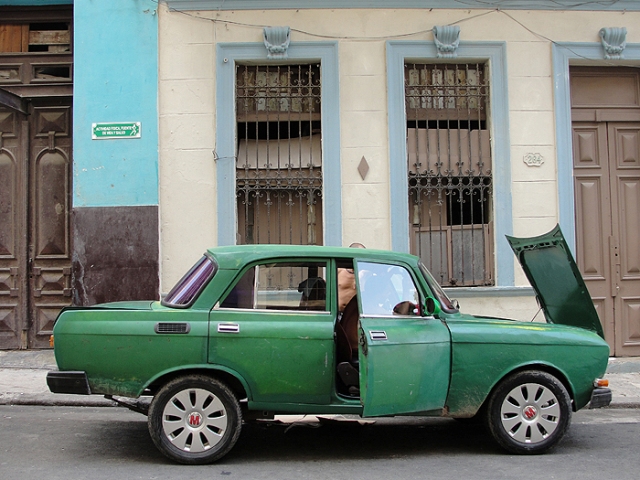 Yet for buying new cars, more selective regulations have now been established.  These can be acquired every five years by individuals who receive their income in hard currency and perform work related to the government or that serve its interests.

I guess this excludes Roberto Robaina in his new occupation as a gourmet restaurateur, no matter how profitable his restaurants are. There’s no way for this former foreign minister to either repair his old Lada or buy one in better condition.

Beyond the decree itself, there are also several side issues which I want to address.

The first question I think is important to note is the continuation of the government’s efforts to establish a market for goods and services for the new winners of the reform initiative. Previously these were cellphones and the right to stay in hotels, and soon they will be the right to travel as tourists or buy homes. 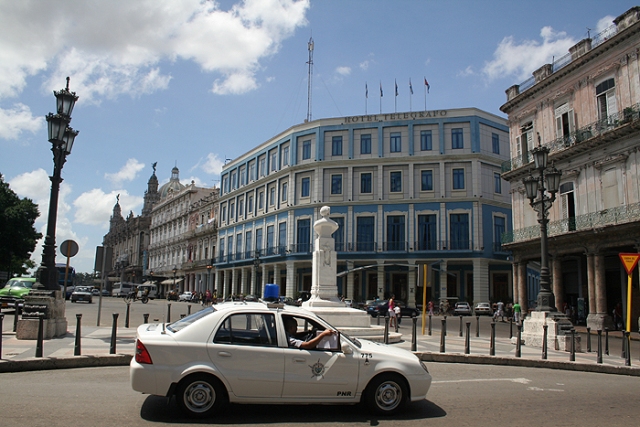 Somehow it’s like redistributing via the market what the government at some point in time had already distributed. But it’s now doing this on the basis of a list of merits quite different from those that served as the criteria for granting vehicles or homes when there was talk of “emulation” or incentives to internationalist aid workers and outstanding professionals.

In this manner, the Lada of the former official who’s overwhelmed by retirement in this never-ending Special Period is traded to the owner of a paladar (private restaurant). At least that’s what often happens in this logic of bourgeois metamorphosis.  In other cases the former functionary might even be the owner of that paladar.

But at the same time the government persists in its intention to monitor the processes of social mobility. Not like before, not in all the detail, but still managing the key variables and reserving a veto power.

Therefore the decree and its resolutions are measures that go to the point of ludicrous in their extreme precision on questions that should generate fear among foreigners who look at the matter. For example, this law specifies who can (and by default, who cannot) buy a new car: artists, officials, diplomats, health care personnel (except those linked to comprehensive health care programs, which is the mechanism for the massive export of Cuban doctors), tobacco farmers, fishermen, etc.

As another example, vehicles can be purchased by professionals who receive cash awards if the award is supported by their “corresponding institution” in that activity, suggesting that blogger Yoani Sanchez cannot buy a car in her particular circumstance.

She would have to identify the institution supporting her blogging business and it would have to certify that what she does is for the good of the nation, the revolution and socialism – which is always possible mathematically, but generally recognized as extremely difficult at this present juncture.

Therefore the political class wants to continue to manage who’s included and who’s left out, who can purchase a commodity that’s also a symbol of distinction in post-revolutionary society, and who must be content with last century jalopies that spew more smoke than Union Pacific steam engines and subject passengers to involuntary sauna sessions.

As the Cuban government never lacks its enthusiastic audience to applaud its circus performers before doing their stunts, I’ve read articles about how this is an example of the unassailable “progress” that Cuba’s leaders are leading in their own individual wars on behalf of the environment and a healthy city. But that’s not so.

In reality, if the environment had anything to do with it, the invitation made by Decree Law 292 to the owners of those clunkers is ominous. This will promote the use of very old cars, which are high consumers of fuels, thereby forcing Havanans to breath in twice the amount of fumes that they do today. The reasonable thing would be to promote the replacement of old cars by new ones whose technologies are less hostile to the environment.

Moreover, there’s a problem of urban planning that needs to be taken into account. Cuban cities, Havana in particular, have a serious problem with respect to automobile traffic and the size of their roadways. These are, in almost all cases, streets and avenues of up to two lanes in each direction.

Any significant increase in vehicular traffic will produce street blockages, aggravated by the poor training of police officers. Although some of these problems could be solved by redesigning the circulation routes (remembering that the city has an excellent regular street grid), this would always require expenditures higher than what could be afforded by the national economy in its currently weakened condition.

In fact, the only way to address this environmental and urban challenge would be to make public transportation accessible, modern and efficient, which the Cuban government has never seriously attempted. 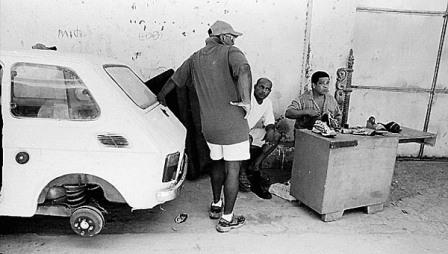 The bureaucratic vs. public transportation approach

That’s why Cuba, for many of its inhabitants, is an ideological/photographical allegory, but few Cubans have been able to travel around the country to see this and learn about its different locations.

This is simply because every interprovincial trip is a veritable feat, limited by one’s time and/or their pocket. Even a trip around the capital city is exhausting and distressing. Only a descent public transportation system would make it possible for many Cubans to give up on trying to get a car, especially if it involved a clunker always on the verge of breaking down.

Trying to solve this by bureaucratically limiting access to cars is a mistake. In fact, prohibitions fuel desires.  After a short time we will have a new succession of irregularities, with a whole market of cars being bought and sold without legal contracts, transactions based on trust or the credible threat of punishment, fake marriages to foreigners to transfer car titles, and whatever other schemes are possible.

Thus, in this process of coming up with solutions to problems without solutions, Cubans have a long history and much experience, going back to those remote times of “Espejo de Paciencia.* Every day in Havana there unfold dramas like the ones involving Bishop Cabezas, the freed-slave Golomon and the pirate Giron – with lots of patience.