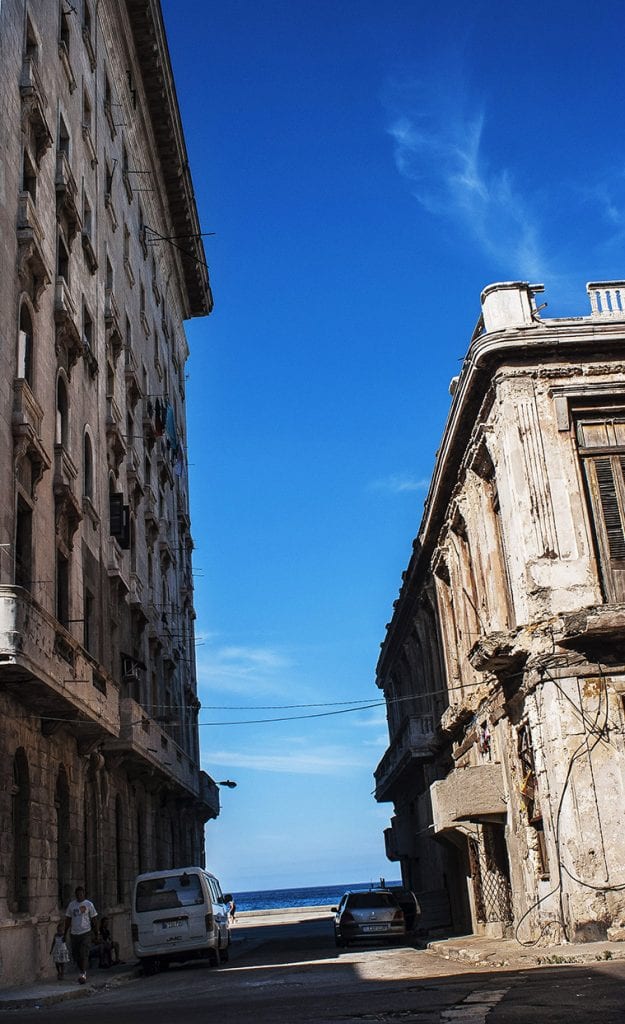 HAVANA TIMES — Seeing the word “debate” in a headline of Granma, the official newspaper of Cuba’s one legal political party, may be encouraging…but only until one reads the title of the article in its entirety: “Rules for Debate, or a Question of Principles,” by Rafael Cruz Ramos.

The question isn’t what the rules are but who establishes them. If those in power are deciding who can participate in the debate and what can be debated, that is the end of all possible debate.

Rafael Cruz Ramos makes it quite clear. Only those who do not question the authority of the Party or oppose the government may take part in their debate. The irreversible nature of the socialist system is outside all discussion. He is, however, sincere when he declares, at the beginning, that “a war of principles is a war for power. The power to be able to sustain oneself through principles, those of socialism over and above those of capitalism.”

Cruz affirms that Cuba’s current constitution (which is not the 1940 constitution, the one Fidel Castro promised he’d restore), establishes the irreversible nature of socialism in Cuba, and that this was decided by the majority of the population. He fails to explain that the said referendum was not anonymous, that people (myself included) feared reprisals if they did not sign the document, in much the same way they fear losing access to certain jobs if they do not belong to the Committee for the Defense of the Revolution in their neighborhood. However, there are always those who have enough courage and enough of a conscience not to yield to intimidation. 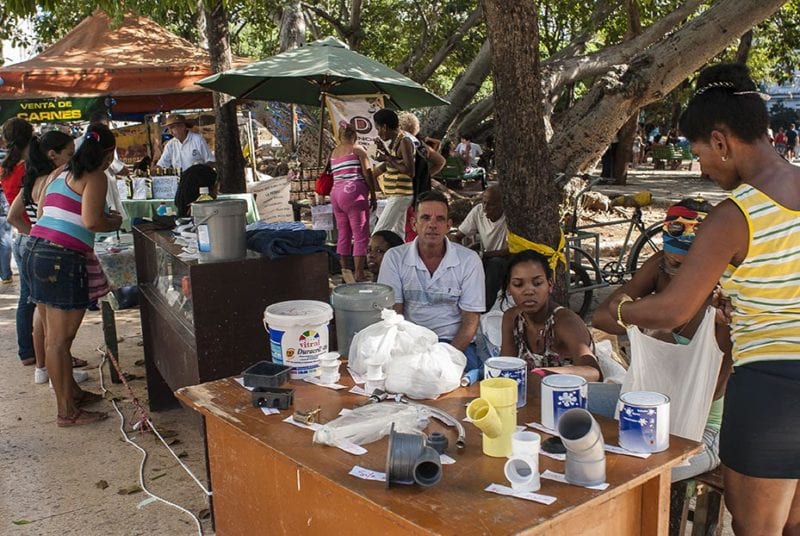 In 2012, I interviewed the independent historian, analyst and journalist Dimas Castellanos. I assumed that, being a socialist, he would have signed the 2002 referendum, which made socialism in Cuba eternal. I was mistaken in my assumption. Dimas did not feel entitled to decide the future of those who were under age at the time or of future generations, generations which, under that referendum, were tied to a system they hadn’t chosen, unable to change it.

Sticking to the principle of never returning to capitalism, I ask: could socialists in the opposition who are also convinced that we must not return to capitalism, not only be part of the debate but also form official parties, use the media to present their ideas to the people and advance candidates for office?

It is important to point out I am not referring to the semblance of an opposition that has been created by the government, to offer the image of a multi-party democracy. I am speaking of a real opposition, convinced that Cuba should not return to capitalism. In fact, for many Cuban socialists, our current government (if it ever was socialist) is the one returning to capitalism. Is there room for those socialists, concerned over the future of Cubans who will not have access to remittances and will be denied the opportunity of setting up prosperous private businesses? Our history demonstrates there isn’t. 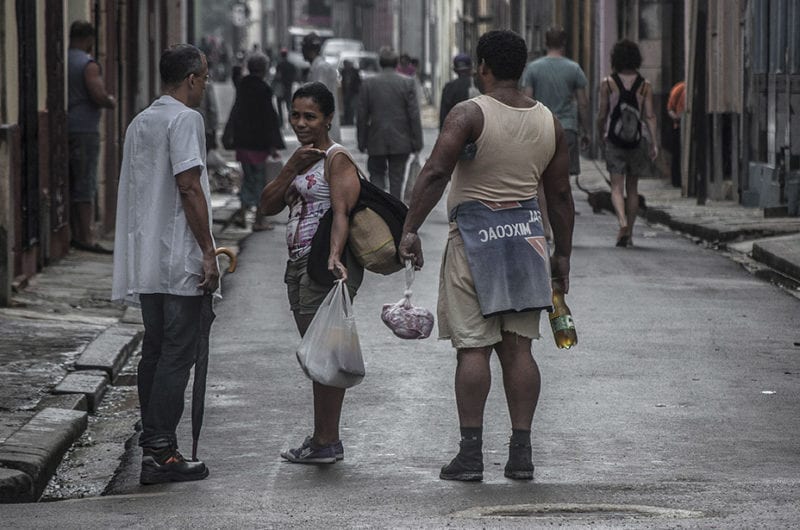 In 1967, Cuba experienced an incident unknown to most, known as the micro-faction. Members of the Communist Party that existed in Cuba well before Fidel Castro discovered his Marxist calling and declared that the Cuban revolution was socialist were persecuted, put on trial and sent to prison. What was the crime these veteran communists who had fought against Batista accused of? Criticizing the despotism of Fidel Castro, the excessive use of free benefits, the way the revolution was being exported and the confiscation of small businesses…which now have to be recovered in order to save Cuba’s ruined economy.

According to Cruz, the problem in Cuba has consisted in a lack of understanding between those who lay the bricks and those who decide where the bricks go. And he’s right. The Cuban people lay the bricks where the government says, and it continues to get it wrong, denying the people the possibility of deciding where to put it themselves. The government has reserved the right of being the only one entitled to make mistakes time and time again. The role of the people is to obey, pay for their leaders’ mistakes time and time again and continue to make sacrifices for an increasingly uncertain future. 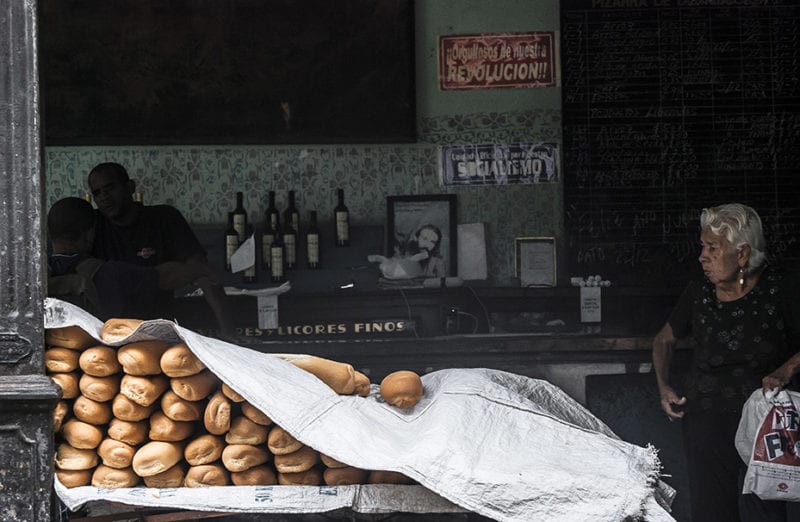 The inefficiency of the government-Party and the costs shouldered by the people, however, will not be debated. Once again, our official media prefer to discredit anyone pointing to the decades-long inefficiency and the way the government tramples on people’s rights. Cruz puts terrorists, murderers, alternative journalism and civil society organizations in the same bag. What is his argument based on? On images of Coco Fariñas standing next to Luis Posada Carriles, and of Antunes embracing Felix Rodriguez, who was allegedly involved in the murder of Che Guevara.

Well, if we’re going to judge people on the basis of those they embrace or shake hands with, both Fidel and Raul Castro have been allies of Nicaraguan President Daniel Ortega, and it is a known secret that he sexually abused his step-daughter for years. Personally, I can’t imagine myself shaking hands with Posada Carriles or Felix Rodriguez. I do not believe in the axiom that “my enemy’s enemy is my friend.” I do not approve of Posada Carriles’ violent methods, just as I do not approve of the violence used by the activist wing of the 26th of July Movement, which took part in terrorist actions. Nor am I for the violence that took Fidel Castro to power and allowed him to govern for 15 years without calling a single election. Ernesto Guevara once proudly declared before the UN that we “have executed people and we will continue to execute people.” Those who were executed were as unarmed and defenseless as he was when he was killed in Bolivia.

Near the end of his article, to deliver the coup de grace, Cruz insists that principles are not negotiable. Ironically, the Cuban government (since the days when Fidel Castro was in power and including his heir, brother Raul) has done nothing but negotiate its own principles when negotiating meant staying in power: private businesses, even small-scale ones, and professional sports, were demonized until the country had to turn to them as a means of salvation. 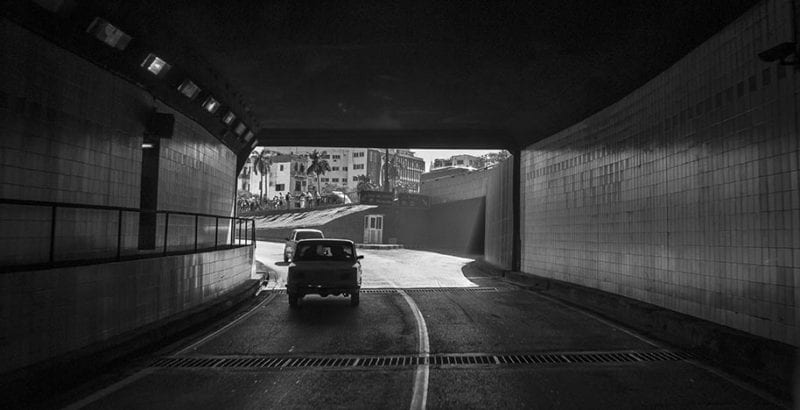 Those Cubans who were once condemned by the people under the instigation by the government, for leaving Cuba during the first decades of the revolution, were welcomed back, along with the remittances that have helped support families and the country as a whole. After fining and even imprisoning Cubans for holding US dollars, the government dollarized the economy.

The last clear example of this is Karl Lagerfeld’s Chanel fashion show. The same capitalism that, according to Cruz, we must not return to, took hold of a public space, closed up streets and presented itself in luxury cars. Who was there? The heirs to our leaders: Mariela Castro and Antonio Castro. Who then is selling the people a form of capitalism disguised as a future and even socialism?

19 thoughts on “Cuba: A Question of Principles or How to Silence Debate”