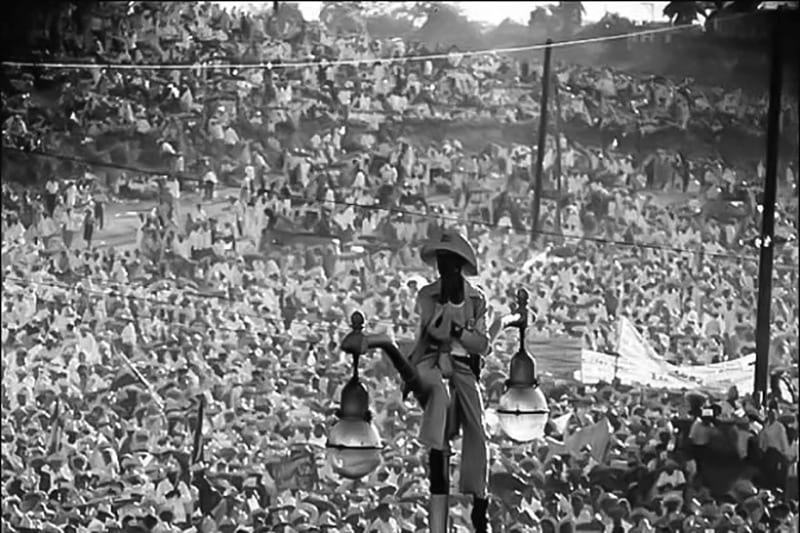 HAVANA TIMES – When our children left home it was as if the sky had fallen; my wife and I fell in what is known as the “empty nest syndrome”. Suddenly we were without our main occupation; educate this pair of boys who gave us life.

Grisel, an excellent psychologist and best friend was the one who gave us the key to get out of this existential anguish. Write down on paper all the things you had wanted to do and had to forego to devote time to your children, she said.

I realized then that we are not what we want to be but what the circumstances impose and that can be projected to Cuba as a whole. I had read somewhere that Cuban society in general and individual Cubans are not what they had wanted to be.

For half a century they lived in a “besieged plaza” and adapted to the circumstances; rationed food and freedoms, a single centralized chain of command, unanimous unity, the nation above the individual and a single slogan: resist, resist and resist.

Perhaps resistance could have been done differently or perhaps there was no alternative to successfully stand up to the wrath of the world’s greatest economic and military power. The costs were high but even Obama acknowledged that they had been unable to subdue Cuba by force.

But the fact is that in this process the nation ceased to be what it wanted to be, adapting all the time to aggressions. If today you have a dual currency, for example, it was because one day the US decided to punish banks that receive dollars from Cuba.

However, now the “enemy” recognizes its failure, begins to lift the siege mounted against the island and develops a new strategy that puts the dispute on a different plane and changes “the circumstances” of Cuban society.

The government complains that Washington is moving too slowly in the dismantling of the economic war but perhaps they should be thankful because it gives them the time to develop the new Cuban strategy adapted to this context.

My wife and I had it worse when our children left home, almost overnight, without giving us the shortest time to adapt our lives but we finally managed to recycle or our original plans, those that had been continually postponed.

Obama’s policy regarding Cuba is not the same as that of his predecessors; therefore Cuba’s policy should also be different. However, designing the new society only thinking in response to the US takes away possibilities for the nation.

Perhaps the advice of my friend Grisel would serve the whole society, look back and remember that nation it had wanted to build. Not everything will be useful in the present circumstances but it will serve as a compass to resume aspirations and redraw the course.

With the change of US policy the nation should not fall asleep but it can dream again and even build on one of those old dreams that one day was left in the storage room because the times demanded their being very, very awake.

The exercise could be useful even to bring the different generations closer. Possibly if a young Cuban asks his/her grandfather what society he dreamed of in 1959 they will realize that it is much like the Cuba that today’s youth are seeking.

23 thoughts on “Cuba and its Outstanding Dreams”