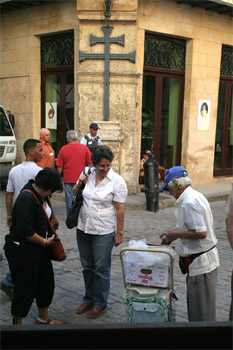 HAVANA TIMES — The Cuban Communist Party (PCC) is in the process of “updating” the Cuban model of socialism. I wish them well, for much depends upon their success.

Within this context, an important question should be examined: What, with regard to updating the model, is the proper role of the small entrepreneurial class, the small bourgeoisie?

The 1800s view was based on a belief that small manufacturers, shopkeepers, artisans and peasants were being eroded to extinction by large manufacturers, retail chains, et cetera. This erosion, it was thought, made these class elements not only conservative, but reactionary—that is, not wishing for society to go forward to post-capitalism, but to go back, or “react” to a pre-monopoly stage of capitalism (see The Communist Manifesto).

The small business community therefore was not seen as an ally of the proletariat; or as a willing co-participant in any post-capitalism social project.

This view however—and the disparaging attitude that accompanied it—has proved to be based on a false premise. The small bourgeoisie was not, and is not becoming extinct.

It is true that it was and is constantly changing, with regard to its methods of productive activity; but clearly it was not, and is not evolving out of existence. Could it be therefore that they are not necessarily, as a class, reactionary?

Could it be that they, as a whole, if correctly appreciated and correctly addressed by the vanguard and its strategic program of transformation, might instead be revolutionary?

The small bourgeois are a highly adaptable, highly productive, highly intelligent and able social segment. Among their ranks are many of the most cultured and most politically conscious individuals within society. Surely then, it is critically important to understand their proper role within a correctly-guided socialist dynamic.

The traditional view of socialist society has been that it is an economic, social and political project of the industrial proletariat. It was conceived that the proletariat, through the agency of its political state, and under the leadership of its vanguard party, would own and administer all the instruments of production, including the land. 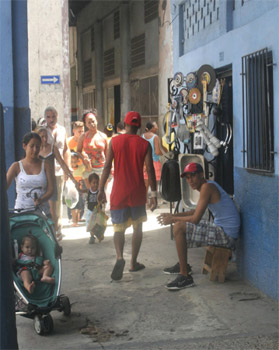 Through this arrangement, a post-capitalist “bridge” could be built. A dynamic new economy and culture might then allow society to “cross over” to a classless social condition.

In Cuba apparently, the shopkeepers, peasants, small manufacturers, restaurateurs, small landlords, and others were lumped together as one reactionary class. A magic wand could not be waved to make them disappear, and yet, socialism as a construction project of the proletariat had to be put into practice. The dilemma was addressed by nationalizing most entrepreneurial property—very large, large, medium, small and tiny.

The small bourgeois thusly expropriated were expected, over time, to lose their old mentality, and come to appreciate the splendid benefits of wage and salary employment by the state. Cuba would then be on the high road to a completely just, classless society.

The hoped for results unfortunately have not been as expected; and the exact opposite has been the case. Dangerous cracks have appeared in the social cohesion. Unanticipated social problems, exacerbated by the criminal US blockade, have emerged. The vanguard is now trying to make appropriate, regime saving changes. It is time for all of us to reexamine everything we though we knew.

Is it in fact true that the post-capitalism bridge is, or ought to be primarily a project of the industrial proletariat?

Might it be possible for small farmers and ranchers, restaurateurs, small shop retailers, barbers and hair stylists, small manufacturers, and others to be brought in as full and respected partners?
The major obstacle to this seems to be purely subjective, the idea that the small bourgeoisie is exploitative and reactionary.

Common sense would argue however that this idea is far from accurate. It is more reasonable to believe that this class is productive and progressive, and also critically necessary for successful socialist construction.
Some might exclaim, “Rehabilitate the small bourgeoisie! Why, that would require reintroduction of private productive property rights!” And this would be correct.

“But, wait!” they might exclaim. “Such rights would mean the restoration of capitalism!” And here lies the crux of the matter, a historic and catastrophic error in theory. Private property rights do not necessarily mean capitalism. 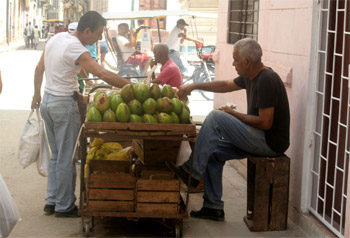 A capitalistic mode of production exists when (1) significant enterprise is owned primarily by absentee, capitalistic investors, not by those who manage and labor, and (2) the power of state is in the hands of the party or parties of this exploitative class.

By contrast, a socialistic mode of production exists—arguably—when (1) significant enterprise is owned primarily by those who manage and labor, and (2) the power of state is in the hands of the vanguard party (or parties) of cooperative workers and productive small bourgeois.

And so, we arrive at perhaps a stunning proposition. Workable socialism is made dysfunctional without a productive and patriotic small bourgeoisie; and such a class is impossible without legal private productive property rights.

No intelligent revolutionary however should be shocked by this. The absence of these rights is supposed to be a feature of the far-in-the future destination toward which society is evolving via the socialist bridge, not of the bridge itself.

To force an absence of private property onto society prematurely during the transformation period is the height of folly. This has been demonstrated in country after country.

Let those of us who believe however that society can arrive someday at a point where all the evils of class society, along with social classes themselves, have evolved away, rest reassured. The restoration of private property rights and their adroit utilization by the vanguard would not mean stopping the advance to a classless future.

It would mean that this advance has been re-conceptualized as an economic, social and cultural growing together process between the cooperative proletariat and the patriotic small bourgeoisie.
This re-conceptualization would change everything.

6 thoughts on “Cuba and the Small Bourgeoisie”