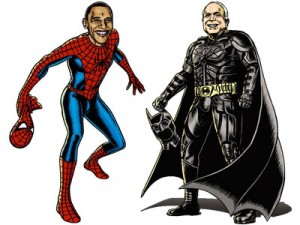 —I have a lot of things regarding Cuba that I want to write about, but the US elections on Tuesday have overshadowed my thoughts. I’m not alone. A lot of people on the island are wondering what’s going to happen, as is a good chunk of the world.

Up until the explosion of the current financial crisis, I firmly believed that John McCain was going to be the next president, the same way that I thought George W. Bush would win reelection in 2004.

The race and terror cards and preference for the old but known seemed to me more powerful than anything the Obama campaign could come up with.

I still fear that McCain has a shot to win, but I’m no longer so sure of my predictions for the US electorate.

I haven’t lived in the US for 26 years and totally agree with another ex-pat living in Spain who wrote me yesterday: “This is an interesting election, no? It’s a good read on what kind of country it really is.”

Likewise, a letter today from a friend who lives in a small town in Arizona, McCain’s state, and who rarely writes me on politics, made me conclude that what appeared against all odds could actually happen – that Obama and a large Democratic Party majority in Congress may be coming in January.

“In America all is in a state of flux and readjustment, with the “ECONOMY” close to vanishing, as are retirement dreams and budgets of those who weren’t ready for such a swift demise. To me, the horizon looks bleak; imagining that what has occurred will simply be the first wave of something deeper and more upsetting to the status quo here.

“Many of the stories are the same as those of old, but the size and scope of what is occurring is completely new and unprecedented.

“Those powers-that-be are going to steal whatever they can, before the political change that should occur next Tuesday will be voted in and then sworn into office in January. That is, unless another election is stolen.

“Folks can no longer deny what is occurring, and I hope that there will be positive repercussions in how we live and use resources, how we spend our money, and our levels of compassion for all people in this global world,” concluded my friend.

There’s a lot of responsibility on the backs of US voters on Tuesday. Cubans like the rest of the world will be watching with angst.

*Circles Robinson’s reports and commentaries from Havana can also be read at www.circlesonline.blogspot.com

One thought on “Cuba and the World Watch with Angst”