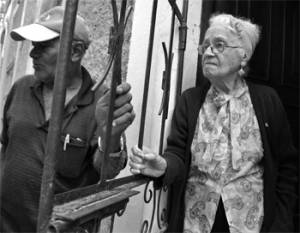 HAVANA TIMES, Jan 1 — The genuine counter-revolution doesn’t conceal itself, it protests openly against socialist utopia with arguments like this:

“No. It’s not possible. It can’t be done under the current conditions. We cannot develop large-scale cooperativism, self-management and the consequent democratization of society. The objective and subjective conditions don’t exist.

“We have to first develop capitalism, letting domestic and foreign capital develop the country. They will return to modernize the sugar industry and all other industries, ports and communications for us, though we need a strong and organized working class. Furthermore, imperialism is right here; it could easily appropriate self-managed cooperatives and enterprises and take advantage of democratization to get rid of the historic leaders and put the old oligarchy back in power.”

Those who express such notions — and reveal their leanings toward the new Chinese imperialism — cannot even fool elementary school children. In any case, imperialism, which is one sole entity, can paint itself blue, yellow or red and it would be very easy to appropriate the assets of the government.

These assets belong to “all” in words, but which in truth, the only ones who feel like they are owners are the members of the bureaucratic class, who are increasingly isolated from the people. 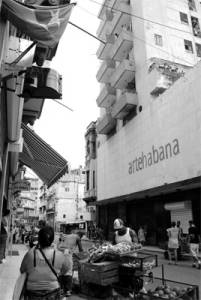 If properties belong to the people — to individuals or collectives, to work groups or community groups, to freely associated workers or the self-employed — then all of this would indeed be very difficult for imperialism.

It would not be the same to confront and expropriate a bureaucratic state, ready and willing to share economic power with foreign capital, as it would be to take on people who own the means of production and control their destiny.

The supporters of statism spout a line that sounds orthodoxly Marxist (“the great development of the productive forces of capitalism and the wealth it generates is what will bring on socialism”).

Yet they have destroyed the country’s economy, squandered its resources and compelled its youth, professionals and technicians trained by the Cultural Revolution to choose between leaving the country or selling churros [strips of fried dough] and ice cream cones.

They have in fact become the main brake on the development of new forms of socialist production.

The enemies of de-statization are opposed to the turning over the management and control of the profits of state-run enterprises to workers’ councils. The statists are the ones who are blocking the establishment of an extensive cooperative law for industry and services, while at the same time they prioritize wage exploitation by private wealth.

They are preventing the elimination of the multitude of absurd state monopoly regulations on the market, rejecting the urgently needed unification of the currency and impeding other changes.

In short, they are the ones who are retarding the development and strengthening of the Cuban revolutionary process. They are obstructing the socialization and democratization of economic and political power. 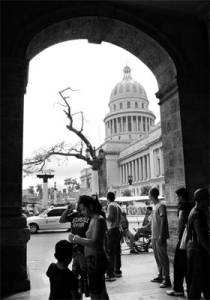 Whether they achieve their objectives or not, only time will tell. What is clear is that many young people, workers, professionals, technicians, homemakers and retirees who have spent their lives for this lamentable system of “state socialism” are unwilling to continue putting up with the deceit.

They’re demanding radical changes to the state-centric economic and social policies of the party/government.

These same people from below — on their own and without waiting for the readiness or approval of the established bureau-bourgeoisie — are carrying out various life-important economic, social, cultural and political initiatives outside of state institutions.

It is within those institutions where many are grabbing on, attempting to control everything possible in society while accusing their opponents complicity with the imperialist enemy.

Any initiatives from outside bureaucratic control are met with the slogan, “Either you are with us, or you are with the imperialist enemy.” For them, then, there are no more options.

One has to ask themself: Who have been the true accomplices of the imperialist enemy?

Have they been those who have shown through their policies that “socialism” — which has never existed — has been a social, economic and political disaster. Are they those who have succeeded in making most people not even want to hear the word “socialism”? Those who have made Latin Americans reject socialism as an approach to people bettering their lives and living more freely?

Are the true accomplices of the imperialist enemy those of us who want socializing and democratizing changes now, with less state and bureaucratic control over the economy and politics? 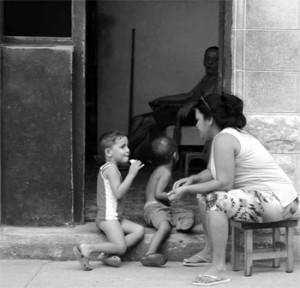 Alternatively, are they the supporters of counter-revolutionary immobilism, who are counting on foreign investment and private capitalism to save their state-centered bureaucratic wage-labor model of the neo-Stalinist cut, to later “try” to reintroduce the cycle of bourgeoisie expropriation by the “working class”?

Are the accomplices of the enemy the ones who have never set out to change production relations of capitalism?

Are they the ones who wish to deepen the revolution and change everything that resists it or are they those who in the name of change don’t want to change anything, so that everything remains the same, especially the same bureaucracy that has held political power for a half a century and has led the country to the current disaster?

Are they the ones who turn to various forms of violence and repression to combat those who peacefully advocate different ideas?

Likewise, the following will also have to be answered: Can the majority of those old, reactionary, conservative, stiff and accustomed brains, with their old, authoritarian, bureaucratic-centralism-educated ways of command and control change their mindsets, as is demanded by those at the heights of power when self-recognizing the incapacity of the centralized system?

Wouldn’t it be better to set aside those stuck in neo-Stalinism thought and instead empower the people, the younger generations, to democratically develop new forms of social, economic and political organization and new leaders demanded by the changing situation, instead of seeking a “cadre policy” aimed at ensuring the perpetuation of “everything that must be changed”?

I hope the party conference this January will help in finding answers to these questions, whether by action or omission.