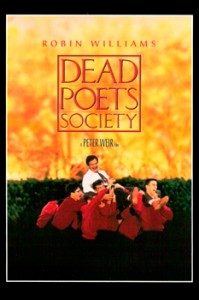 HAVANA TIMES — Though the issue of school brings me unpleasant memories, I watched and enjoyed the film Dead Poets Society. I liked it even more than La Educacion Prohibida (“Forbidden Education”), one of the best documentaries about education I’ve seen.

The film shows us how all forms of independent thought can be stifled, how creativity can be replaced with mechanical thinking, in the harshest and most absurd way, through everything from parents who fail to understand their children to the deliberate robotization of students.

It follows a noble person who seeks to cultivate and encourage free thought and portrays a society which, programmed a certain way, rejects him and seeks to eliminate him at all costs.

The film was on my mind for weeks. It made me wonder how a world where new ideas aren’t considered taboo would be like.

Criticisms about Cuba’s educational system, to the effect that it doesn’t encourage creativity (among other things), are common. Ultimately, however, every country, every system of government, allows creativity to flourish only up to a certain point.

There is no place that unbridled creativity can express itself without meeting with reprisals, as governments have devised a strict procedure to ensure their comfort, to cancel out anything that can represent a threat to their stability.

For me, the saddest point in the film isn’t the moment when the young man who wants to become an actor and feels asphyxiated by the life his parents have planned for him commits suicide. It is, rather, the way in which everything is twisted so as to end up blaming the only person who had understood the young man and earned his trust.

The one true teacher, who had managed to awaken a spontaneous interest in poetry in his students, the desire to look at life through their own eyes, the one teacher who had given them something more important than the degree they were to receive at the end of their studies, precisely this teacher is shamefully expelled from the academy.

Of all the teachers I had in my days as a student, the only one who inspired something similar in me was my sixth-grade teacher. I regret having arrived in his classroom by mid-course, after switching schools.

I only had a few months with him. I remember I would be eager to attend class, that I would make an extra effort to ensure my assignments were among the best – and because I wanted to, not out of a sense of obligation or commitment.

I felt we could converse as friends, despite the age difference, and that he respected me. I wasn’t the only one who felt this way, all the kids liked him. When he told the school that was the last class he would teach, because his salary wasn’t enough to live on, the principal didn’t know what to do to convince him to stay. She even offered to make him vice-principal, but he turned down the offer.

If wages in education are notably raised in Cuba one day, this will doubtless incentivize teachers and improve their work some, but it won’t change the fact it is a system designed to kill creativity and the curiosity needed to learn (and not only course materials).

As is the case nearly everywhere else in the world, they will continue to kill that very special thing that one’s calling can be, or, quite simply, the peculiar way of looking at life we have, our individuality.