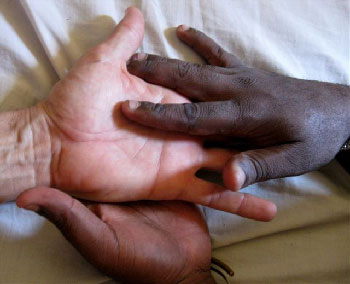 HAVANA TIMES — Refusing to acknowledge something is one thing, hoping that our problems will go away if we simply ignore them is quite another.

Taking the call that Cuba’s current president recently made as my point of departure, I am going to prove, on the basis of some personal experiences, that racism does exist in Cuba. It is my hope that, by acknowledging its existence, we can begin to work together to make this evil disappear once and for all.

I believe the truth can set us free.

A friend and workmate of mine told me that he recently went out with his current girlfriend and, by chance, ran into a girlfriend he’d had over six years ago.

His former girlfriend, bold as brass, told him it was disgusting he could stoop so low as to go out with a mulatto girl.

Taken aback, he began to insult her, telling her she was an idiot. He had to hold back his current girlfriend, who lunged towards the cretin to hit her.

Two of my uncles married people of mixed race. My grandmother, despite having raised her 13 kids in a tenement building where my parents were the only white people, did everything in her power to keep my uncles from brining their spouses home.

Sometimes, my own mother tells me about her day and specifies the skin color of the people she mentions. I always ask her why she feels the need to specify such details. As though unable to understand what the problem is, she continues to do this inappropriate thing.

I have a friend who always asks about the skin color of any person I speak about whom he doesn’t know. It is a bad habit that justifiably bothers those who do not understand this behavior.

A cousin of mine of mixed race fell into a heavy depression some years ago as a result of the discrimination he felt from some people around him. Apparently, it really got to him. He was a teenager, and that’s a bad time to feel rejected.

I had to have very serious conversations with him to raise his self-esteem. I reminded him that he was a good, noble person and that’s what truly matters, to ignore those who felt superior to him.

13 thoughts on “Cuba is Not Free of Racism”