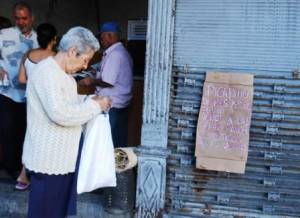 HAVANA TIMES — We Cubans urgently need a vaccine against blindness, because many of us are either blind or going blind – which aren’t the same things.

And take note: I’m including myself, because sometimes this kind of blindness can be picked up. That’s right; it’s contagious.

When we’re in a bus, most of us seem like we’re praying. We’re usually rolled up into balls and piled up on top of each other, but it doesn’t strike us that situations like this continue year after year. Yet nothing happens. On the contrary, many people become infected with blindness. Despite the crowded bus being packed to the rim, they’ll say the bus is empty.

It’s laughable, because how is it going to be empty if passengers are so close to one another they can barely breathe. I even think that that someone could be raped and no one would notice. This situation I’ve classified as Level 1 Blindness.

Level 2 Blindness occurs more frequently. In Cuba there’s no haggling over prices. You can go into any farmers market, and even if the produce is rotten, the price is always going to be the same.  It’s regulated. 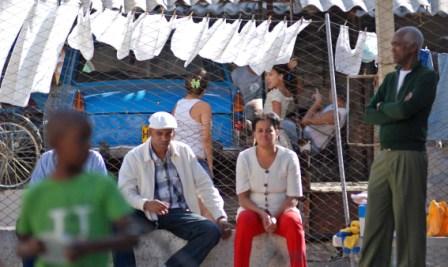 Fruits and vegetables might be in the most horrendous shape imaginable, compelling the vendor to draw upon their blindness resource. So, with a big smile from ear to ear, he or she will tell you how the produce is simply delicious, or how the decomposed bananas are sooo sweet. Yet finally we make the purchase – it’s the only option we have.

We get home with the produce, wash it to get rid of the parts that are in the worst shape, and then we take advantage of the best parts.

But then there’s Blindness Level 3. Much has been said in the media about the Coppelia open-air ice-cream parlor. Television broadcasts stories about how the service is so good. But is that the truth? The fact is that you have to visit it and then you’ll realize that much of what is said isn’t true. I’ve corroborated that right on site.

I’ve seen workers who violate the rules of hygiene, coughing on deserts without even covering their mouths. The ice cream is never really scooped well, and the customers know they’re served poorly. 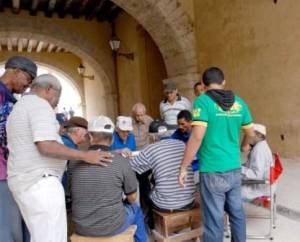 But what happens? Nothing.

All of us turn to our share of blindness. Many things we see are wrong but we have to turn the old blind eye, because the employees have to live and make a living, and to do that they not only have to steal from the state but also from the people.

Yep. Because when a butcher doesn’t distribute each family’s share of rationed chicken correctly, those who they’re robbing are the poorest people. When you buy the rice — which we all know is more expensive now — and the clerk gives you two ounces less than what you’re supposed to get, those who are being robbed are the people. But all we all know is that the clerk is usually skimming a little off the top here and a bit more there, because that’s how they make their profit.

So, who’s responsible for fixing this mess we’re in?

3 thoughts on “Cuba Needs a Vaccine Against Blindness”