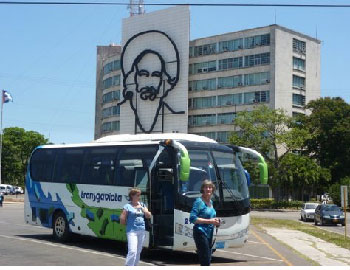 HAVANA TIMES — Tour buses are a common sight in Cuba. Our first week in Cuba we travelled on a comfortable tour bus, made in China. The streets of Trinidad, where we spent one night, were crawling with tour buses.

One day, as we stood on a hill looking down into central Havana, I counted 26 tour buses along the Av. Carlos Manuel de Cespedes.

Between cities we travelled on the Viazul system.  Again, comfortable new buses, but too expensive for many Cubans. Cubans standing next to the highway holding up paper money are a common sight.

City buses. I had heard of the “camels,” enclosed trailers pulled by trucks. I did not see any in use.  Once, in Santa Clara, we passed by a works yard with two of these camels still intact.  But these have been replaced by modern buses, some of them the articulated buses I am familiar with on city streets in Canada.  Large numbers of people impatiently waiting for the bus was another sight familiar to me from Canada. 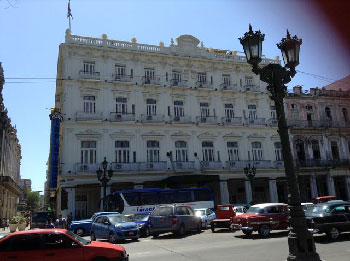 We actually travelled on the city bus on our last day. We were going to an outlying area of Havana, Ciudad Libertad. We intended to take a taxi, but the man at our “casa particular” (homestay) said it would be easy to take the bus.

The bus stop was just across the street. The bus was inexpensive and crowded. I engaged one man near me to ask for help. He was friendly, but I didn’t understand a word of his Spanish.  At this point another man spoke up.  His English was excellent.

He was a Cuban who had spent twelve years in the US from childhood into young adulthood. He was able to give us the information the first man had tried to give us. He also told us of his time in the US. With a Nicaraguan friend he had driven across five states in eight days.

Two days were in Texas. He described his feeling toward Texas as “love, hate, love, hate.”  I wish we had had more time to talk to him. I can only speculate that his reaction to Texas was due to anti-Hispanic racism. I did ask him how he liked it in Cuba. His reply, “I love it.”  We had a date to keep, so we couldn’t spend more time with him. 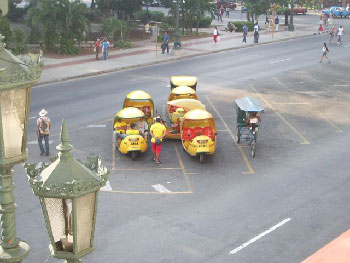 There were all ages on the bus. One young man had an outlandish haircut that I might expect to see in a big city in the US. One teenager had a stud in his tongue. He was part of a large group of teenagers who got on the bus as we were returning to downtown Havana. They may have just come from a pool, as their clothing was wet and clammy.

My partner thought they were sixteen and seventeen.  I thought they were fifteen and under.  They were a boisterous group. They sang over the recorded music on the bus.  Or did they sing with it, I’m not sure. It must have been a popular song, one they all knew.  I listened carefully and did not understand a word.  Well, maybe one word, “patria,” literally fatherland. But I can’t be sure. They sang, almost chanted, the song in unison, with great precision.

Were they exuberant because Cuba is a great place to be as a young person? Or because it was the weekend and a break from a demanding school week?  I didn’t ask.

6 thoughts on “Cuba on the Buses”