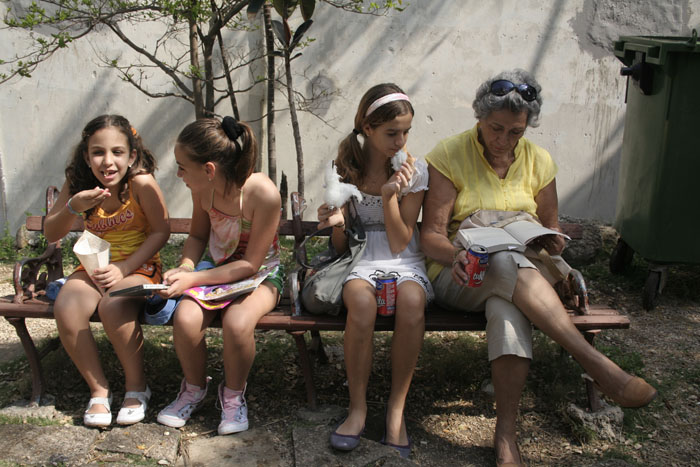 HAVANA TIMES, March 10 — After having tuned in with certainties and fears, I just finished watching a Cuban news report on “imperialistic penetration” through the Internet.  I have no doubt that Washington is organizing cyber-conspiracies against Cuba, but I’m afraid the answer could be to close all the doors and windows.

Since it’s known that the US tries to penetrate Cuba with its propaganda, it should be of no surprise to anyone that for years Washington has financed — with taxpayers’ money — both a radio and a television station that broadcast exclusively to the island.

Cuban engineers have been so successful at interfering with those transmissions that very few people have heard the radio broadcasts and I don’t know of anyone who has seen “Television Marti.”  Cuba authorities mock the attempt saying it’s “the TV channel you don’t see.”

The new US strategy was also revealed in the “secret” diplomatic cables disclosed by Wikileaks.  In these it was shown how they are bypassing the old dissident elements and going with bloggers, especially now that access to the net will mushroom with the arrival of a fiber optic line extending from Venezuela.

The ground is fertile, keeping in mind that in terms of cyberspace the Cuban government is barely crawling.  Ignorance of the Internet’s operation gives great advantage to their opponents in and outside the country.

It seems the Obama administration doesn’t want to lose a similar opportunity and is putting up funding so that people like Alan Gross and Robert Guerra can smuggle in satellite communications equipment outside of the control of the Cuban state.

I find it hard to believe that their objective is to “promote democracy in the world” as I still haven’t heard anything about clandestine operations in Saudi Arabia to demand elections, women’s rights or freedom of religion.

A shot to the foot

Yet the greatest danger that Cuba faces is falling for the temptation to retrench and adopt a defensive position by “dynamiting” bridges — in this case the Internet — in order to impede any “enemy” advance.

In the mid ‘90s some economists told me that the Cuban government planned to authorize urban cooperatives of self-employed workers, more or less the same thing being implemented now.

According to my sources, the project slammed to a stop the moment US President Bill Clinton announced support for a plan that promoted cooperatives as a means of freeing workers from the dependence of the state.

I know Cubans who still see it as a victory.  And it’s true – the “Yankees” never implemented their plan.  Still, I can’t help but to wonder who really lost since the restructuring of the Cuban economy was delayed by a decade.

The danger faced with the US cybernetic campaign is to think that the way to prevent “ideological contamination” is through a bell jar that restricts freedom and communications, and isolates Cuba from the rest of the world.

To limit the Internet would be like throwing out the sofa on which you found your partner being unfaithful.  Coupled with that, so far prohibitions have only served to create an enormous digital black market, with tens of thousands of clandestine users.

Climbing in the ring

On one occasion the minister of Culture, Abel Prieto, commented to me that there would come a day when it would be impossible to block satellite signals, which led him to believe that the best approach was to teach to people how to rationally process the information they receive.

The battle against parabolic antennas should serve as a precedent.  Regardless how much is spent on chasing after them; they reproduce like rabbits, bringing into Cuban homes shows on the Miami TV stations.

If the Revolution has “arguments” to express, the net is an invaluable place, and the massive access by its citizens would transform it into an exceptional vehicle for the transmission of these ideas. It’s also so cheap that it almost becomes democratic.

The greatest weakness of the Cuba government in relation to the Internet lies not in Miami anti-Castroites and dissident bloggers having too much space but in the limited presence in cyber-space of Cuban residents on the island.

Such “plans by the empire” are not new.  There’s also one directed to induce Cuban doctors who are lending their services in other Third World countries to leave for the United States.  Notwithstanding, this doesn’t prevent the island’s program of providing health care from continuing and even growing.

Those who are not up to the challenge should cede their position because what is certain is that dodging the debate never leads to positive outcomes.  A Cuban colleague summed it up brilliantly: You have to climb in the ring to fight or continue losing for not showing up.

2 thoughts on “Cuba Shouldn’t Throw Away the Sofa!”