HAVANA TIMES – On January 4th, Fernando Ravsberg published an article entitled “Challenges for Cuba’s New President”. The key issue revolves around the dual currency system, linking in with the tricky answer of how to refloat Cuba’s battered economy. The issue deserves to have all of its sensitive points poked at.

It seems that by leaving their positions at the head of the State Council and Council of Ministers, Raul Castro and Machado Ventura, the all-powerful “number one and two” of the Communist Party, are moving away from their undeniable responsibilities with response to the clear disaster that producing goods and services in our country is. This couldn’t be further away from the truth.

Ravsberg contemplates basic ideas which need to be listed:

– We are half-way across the river, the once hope-filled Raul Castro reforms are now at a standstill, paraphrasing the Head of State, there’s no haste, but contrary to the second part of this questionable phrase, there is a pause and even quite a setback. On the surface the General-President’s decisions appear to want to change a lot of things but keep the essential things intact at the end of the day, that’s to say, not change. More of the same old.

– Oaths have been taken and the government has sworn time and time again about the need to eliminate the dual currency system and, at the end of several years, the man who is directly holding onto the reins of the national economy, Marino Murillo Jorge, is coming at us with the rhetoric that “economic changes have become more complex than what was initially expected.” (Speech at the last National Assembly of People’s Power session, December 2017).

NOTE: We must add that 1 CUC = 25 CUP when Cuban citizens or foreigners, without distinction, pay for products or services from the national retail network, which is monopolized by the State.

In the face of such chaos, Ravsberg insists on the need to close-down many unproductive state-led companies, which are bleeding profitable companies dry as a result of the state budget. Putting this into action would be the biggest challenge that eradicating the dual currency system poses because it implies making the emerging private sector grow, as well as more capitalism, the ruling devil’s cross. 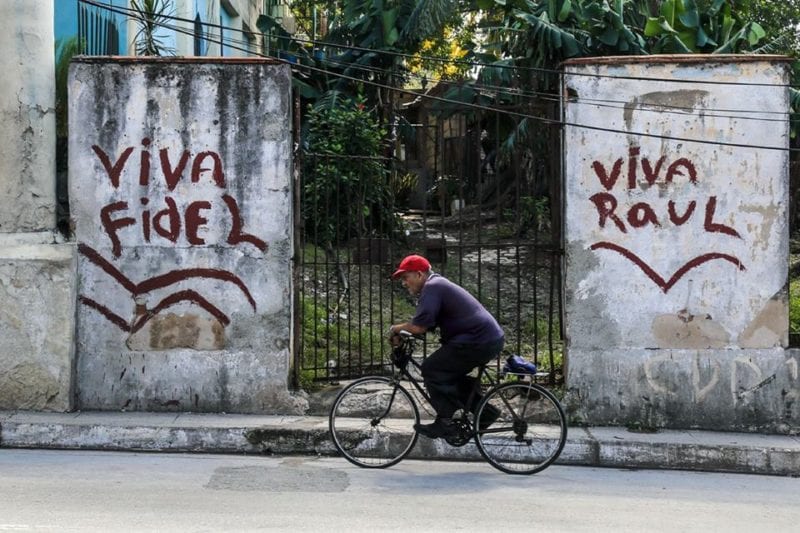 Another mandatory thing to make the economy refloat, which is essential, is to accept direct private investment for independent producers, cooperatives and PYMEs, something like Satan’s horns equipped with his indescribable trident.

The country is also facing a crisis with its capacity to make payments on its loans abroad, which affects imports. Russia’s geopolitical interest and China’s laid-back attitude aren’t enough to resolve the matter in the way the old Soviet Union or Chavez’s Venezuela did, the only unobstructed paths that were exploited for years by the late and older of the Castro’s political finesse.

It is clear that by still holding onto our just demand for national sovereignty with both hands tightly in the face of the US blockade/embargo, we lack the much-praised Asian wisdom here, south of the Florida Strait, which still isn’t practiced, when it comes to dealing with the United States.

Of course, we are talking about a tricky subject for Cuba’s rulers, the dilemma of denying their citizens freedom of expression and association.

At the end of the day, it isn’t a question of changing some pieces of an old clock which doesn’t give us the right time; it needs to be fully repaired no matter how much it costs.

The cruiser is seducing us on an inevitable journey, driven by the beast Cerberus while Charon and his boat wait for their much-needed passengers.